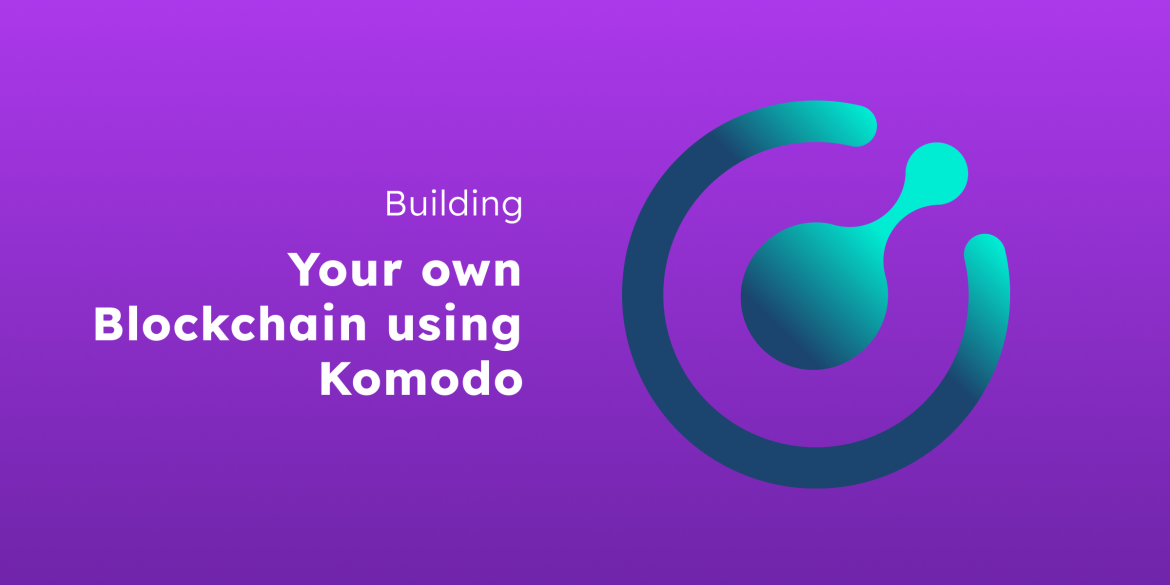 Komodo is one of the largest platforms when it comes to building decentralized applications (dApps) which has gathered a high level of popularity and quite the reputation due to the fact that it was specifically developed as a means of solving many of the shortcomings found within the major public chains such as Ethereum, Cardano, and Tezos.

If you are curious as to how you can build your own blockchain through the usage of Komodo, then keep on reading as we are going to go over everything that you need to know in order to get started.

Komodo is a secure, stable as well as interoperable blockchain platform and ecosystem that aims to provide an end-to-end technology solution. What this means is that through the utilization of Komodo, projects can essentially create their own blockchains and host token sales on top of them.

Additionally, Komodo is a fork of Zcash, and what this means is that all of the features found within that project are also available throughout the Komodo platform, which includes the zero-knowledge proof protocol.

The native cryptocurrency used to power Komodo is known as the KMD token. What makes Komodo unique specifically is that it tackles scalability, security, adaptability as well as interoperability, and we are going to go over exactly why all of this makes it an appealing network on which anyone can build a blockchain.

Why Use Komodo to Build Blockchain?

The main reason why many users might feel incentivized to use the Komodo platform as a means of creating their blockchain network is due to the fact that Komodo utilizes an interesting consensus mechanism which is known as Delayed Proof of Work (dPoW).

What this essentially means is that it latches onto the hash power of the Bitcoin network as a means of significantly increasing the network’s security, which in turn allows it to prevent any hijacking.

Every ten minutes, a backup of the Komodo chain also gets stored on the Bitcoin network, which is managed by a total of 64 elected and dedicated servers which are known as the notary nodes. All of this, when combined, ensures that even if the Komodo chain gets hijacked or changed, the changes will not be accepted as they will not be reflected by the backups on the Bitcoin network.

All of this contributes toward an additional layer of security that is not found in many other projects, and this is why you can utilize Komodo to build a truly secure blockchain for yourself.

What this means is that you are getting access to many benefits while building your own chain on top of Komodo, such as scalability, security, interoperability, and a lot of freedom for any customization that you might want to take down the line.

In order to connect to the Komodo network, you will need to get an API key. What you need to do is go over to the NOWNodes landing page, after which you can click on the “GET FREE API KEY” button once you have entered your email address. Fill in the short form, and you will find the key in your email within the span of just a few seconds. Alternatively, you can also contact the support team at NOWNodes to get an API key manually.

How to Build Blockchain with KMD

In order to build your own blockchain network with KMD, there are a few things that you need to know. To make this as simple as possible for you to follow and grasp, we have created a step-by-step guide that you can follow with ease.

Remember that if all of this seems a bit too intimidating at first, you always have the option to instead utilize the NOWNodes established for Komodo to achieve a similar goal.

In other words, you can easily connect to the KMD node through NOWNodes, which will let you put your focus directly on building the blockchain instead of worrying about getting the other things ready. You are getting a fast connection to the full node through the NOWNodes API tools, which guarantee secure and reliable access by utilizing an RPC connection.

Hopefully, now you have a heightened level of understanding as to how building a blockchain on the Komodo network works. Remember that you can use NOWNodes to get access to over 40 blockchain networks, one of which is the Komodo network, which guarantees a 99.95% API uptime, and over a 0.600 second response time.