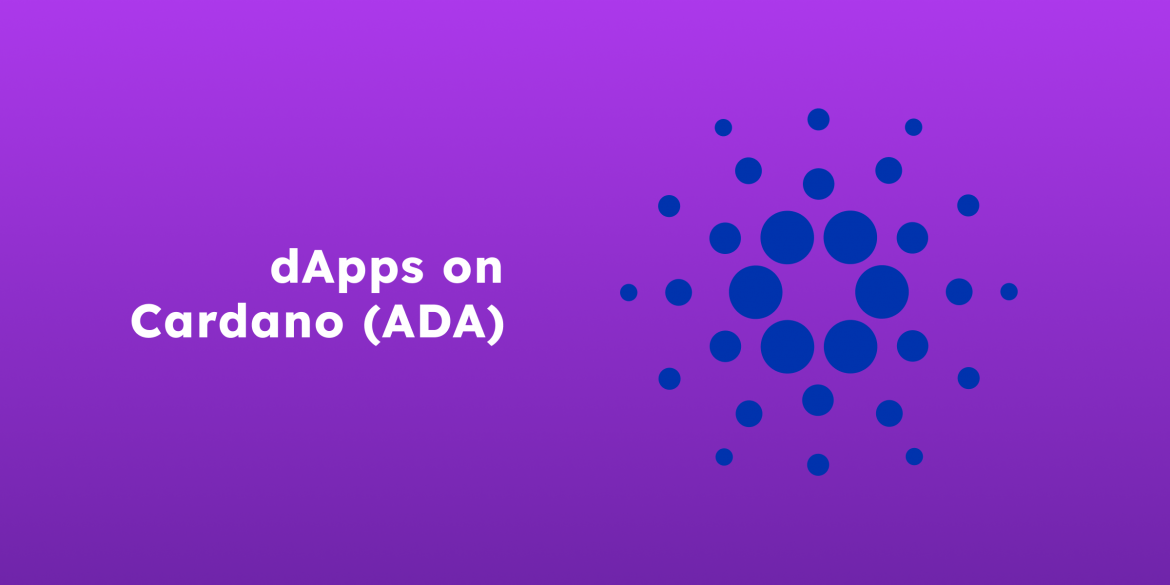 Cardano, as a blockchain network, has gathered a reputation for becoming one of the largest cryptocurrencies and ecosystems within the crypto space within a short time frame after its initial launch. Furthermore, the blockchain system is quick due to the fact that it utilizes a Proof-of-Stake (PoS) system as a means of achieving consensus.

Cardano (ADA) was originally founded in 2015. However, it was released on September 27, 2017, and since then has become the go-to blockchain for a lot of developers.

As such, if you are a developer or a company that aims to develop your own decentralized applications (dApps) on top of the Cardano blockchain, we will be going over what you need to do in order to get them up and running. For the time being, however, let’s dive into what makes dApps on ADA so good. So if you want to build Cardano dApps, read carefully.

What’s so good about ADA dApps?

In order for the Cardano blockchain to operate, it is essentially split across a total of two layers. First, there’s the Cardano Settlement Layer, which is used as a means of transferring ADA cryptocurrency between accounts and can essentially record the transactions as well. Knowing this is essential prior to building a Cardano dApp, or any ADA Cardano dApps.

Then there’s the Cardano Computation Layer, and this layer was specifically created as a means of containing the logic behind the smart contracts. This is the main layer on top of which decentralized applications (dApps) are developed by developers and provides a higher level of utility due to the fact that it allows developers to move funds programmatically.

ADA as a cryptocurrency plays a role in all of this due to the fact that it requires each user to send ADA in order to facilitate transactions or participate in the governance process. Ouroboros is the name of the unique Proof-of-Stake (PoS) consensus mechanism used by the Cardano blockchain. This also powers dApps Cardano.

As such, Cardano’s transaction speed is 250 transactions per second (TPS), and it has low transaction fees, especially when compared to competing for blockchain networks. This leads to the high speed found in dApps for Cardano.

How to create dApps on Cardano

With all of the aforementioned advantages of the blockchain network, as well as the numerous reasons why developers are enticed to build dApps on top of the network, you might now be curious as to how you can complete this procedure for yourself.

As such, we are going to go over a step-by-step guide on everything you can do in order to get your dApp up and running on Cardano (ADA).

You can utilize a Plutus online editor and simulator as a means of getting started with Plutus development initially.

When it comes to ADA dApps, note that a Plutus smart contract is essentially Haskell code that runs in a user’s wallet and sends the code to the blockchain that is then run by the nodes on it. What this means is that each smart contract runs on the blockchain, not on the machine of the developer.

You will need to learn Plutus programming to fully understand and develop a dApp on top of Cardano, but for the time being, we will be going over some solid examples through which you can grasp how all of this works. By the end of this, you will be able to build dApps on ADA with ease.

Here, Data.Text is the library that is used to convert the strings to text, while Playground.Contract is responsible for importing the smart contract interfaces that are defined in the playground. This is just an example of a dApp ADA. Then, the Plutus.Contract library gets used to define the smart contracts, while PlutusTx.Prelude is used to replace the normal Haskell Prelude library and includes functions that are refined and easy for the compiler to complete.

Here, you will be able to see two wallets. Each of these wallets should have a balance of a specific amount of Lovelaces. The Available Functions in each of the wallets show the functions that are available to be used.

In this case, we have the hello function, as well as the Pay to Wallet function, which is used to send funds to another wallet.

If you were to, for example, click on the “dummy” button, you would see a card appear in the Actions section. Here, you can click on the Evaluate button and see the hello function run on the blockchain.

After it, a Transactions page will appear.

If you navigate to the Logs section, you will be able to see the hello function log “Hello, World” to the console.

Remember that throughout your development process, you will need information such as the hashrate, difficulty, block height, wallet addresses, transaction data, balance history tickers list, and more.

In this case, you can gain all of this data by getting a node from the blockchain-as-a-service provider NOWNodes, where all you have to do is visit the official homepage, enter your email and click on “GET FREE API KEY.”

Hopefully, now you have a higher level of understanding of how you can initially begin with the development of a decentralized application (dApp) on top of the Cardano (ADA) blockchain network using the Plutus programming language.

Remember that this is a complex procedure and will require you to gain some programming knowledge in the specified languages, but with enough time commitment, and practice, you will be able to launch your own dApps on top of ADA.