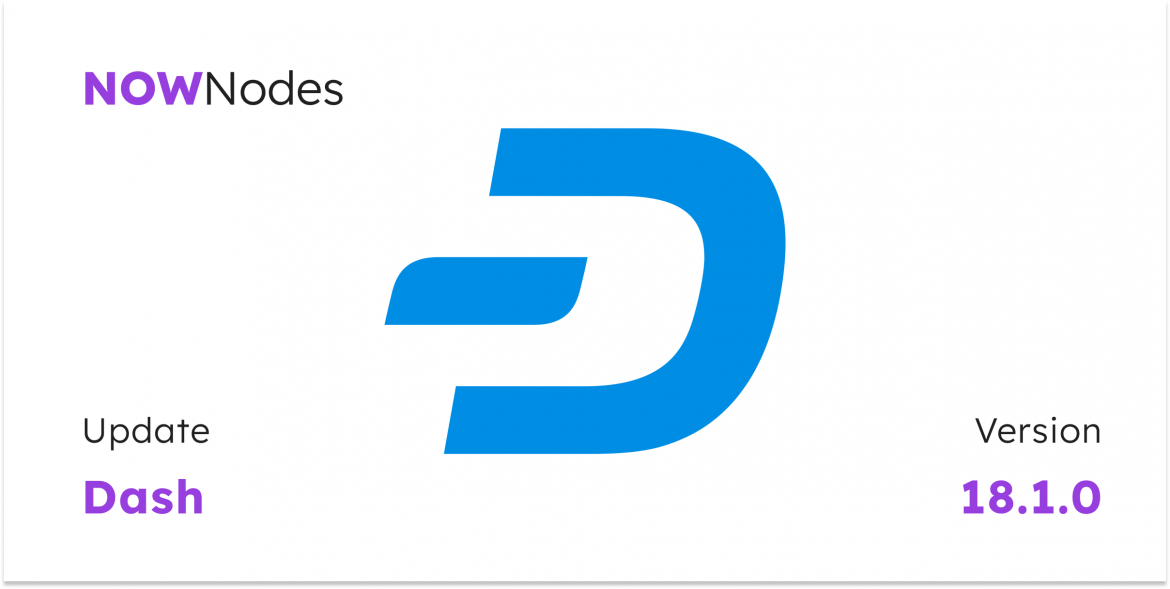 What is a Dash node?

In the Dash ecosystem, there are blockchain nodes and masternodes. Nodes are the miners creating new coins within the Dash network, while a Dash masternode, or full node, performs specialized transactions. These include InstandSend, and PrivateSend, two key features of the Dash network.

A Dash node needs to receive an update to ensure proper network operation and to receive rewards. As such, these Dash nodes play an essential role in the operation, security and overall maintenance of the blockchain, so keeping them updated is essential, and 18.1.0 is an update that contributes numerous changes to the network.

There are numerous changes that were introduced within the DashCore v18.1 update, and we will go over them now.

Dash Core 18.1.0 is a minor version of the Dash Core 18.x.x series bringing new features, various bugfixes and other improvements.

Support for the BIP70 Payment Protocol has been dropped from Dash Qt. Interacting with BIP70-formatted URIs will return an error message informing them of support removal. The allowselfsignedrootcertificates and rootcertificates launch arguments are no longer valid.

The configuration, PID, and data directories are now completely managed by systemd, which will take care of their creation, permissions, etc.

Python >=3.5 is now required by all aspects of the project. This includes the build systems, test framework and linters.

Peers that misbehave (e.g. send us invalid blocks) are now referred to as discouraged nodes in log output, as they’re not (and weren’t) strictly banned: incoming connections are still allowed from them, but they’re preferred for eviction.

Furthermore, a few additional changes are introduced to how discouraged addresses are treated:

The new RPCs are:

The removed RPCs are:

In addition, sendtoaddress has been changed to enable -avoidpartialspends when avoid_reuse is enabled. The listunspent RPC has also been updated to now include a “reused” bool, for nodes with “avoid_reuse” enabled.

Most changes here were introduced through Bitcoin backports.

How to connect to Dash node?

If you are curious how to update a node, you can do so manually, or use a service that does this for you.

NOWNodes enables a connection to a blockchain node, where you will be able to get data of the network’s hashrate, the block difficulty, block height, access to data surrounding wallet addresses, transaction data, balance history tickers list, and other data.

To connect, you will need to navigate to the official NOWNodes website, after which you can enter your email address and click on “GET FREE API KEY.” Afterward, you can visit the official documentation, where you will be greeted by a list of codes and commands to access the network.

If you are curious about the other nodes available, you can find a full node list here, where you will never worry about node update.