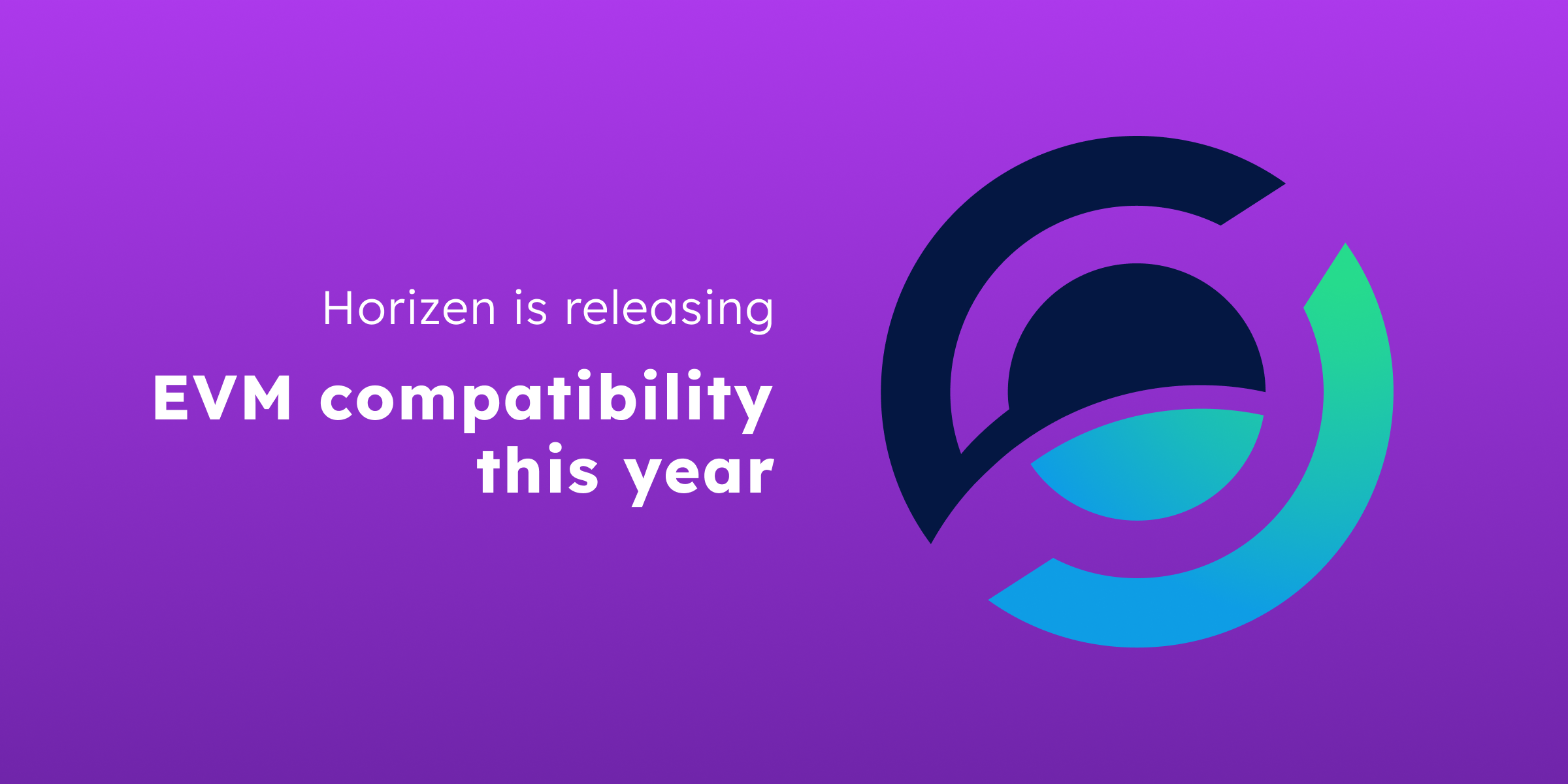 ZEN as its native asset, it has the main blockchain and a sidechain platform which enables developers to essentially create custom, private or public blockchains and even decentralized applications (dApps). Horizen has announced plans towards releasing Ethereum Virtual Machine (EVM) compatibility this year.

What is EVM Compatibility?

The Ethereum Virtual Machine (EVM) is essentially a computational engine that fills the role of a decentralized computer that has millions of executable projects built on top of it.

It is essentially a virtual machine that is a foundation of Ethereum’s entire operating structure, and it is considered to be the part of Ethereum that runs execution and smart contract deployment.

The role of this EVM is to essentially deploy a number of extra functionalities within the blockchain network as a means of ensuring that users face limited issues on the distributed ledger.

Compatibility with EVM implies that a project can build on top of the EVM and utilize it. This is due to the fact that every Ethereum node runs on the EVM as a means of maintaining consensus on the blockchain.

This means that the EVM is a state machine maintained in the Ethereum network clients and is responsible for the execution of transactions and smart contracts, which can compute the network’s state for each new block that gets added to the blockchain.

Ethereum facilitates smart contracts, which are code that runs on top of the Ethereum blockchain network. An EVM is completely isolated, which means that the code inside of it has no access to the network, file system, or any other processes.

There are multiple advantages that implementing EVM compatibility can bring, such as an increased level of interoperability, the ability to allow users to access EVM-based projects which are deployed, enabling Ethereum developers to build using Horizen, and an increase to Horizen’s overall functionality.

All of this contributes to projects being able to move fast and for developers to be able and build a production-ready Rollup infrastructure without having to solve the issue of implementing the EVM in a smart contract, which reduces the amount of gas required for the fraud-proof verified contracts and its execution. This makes the EVM code usable by almost every application.

Horizen’s node infrastructure supports the main public blockchain, and all sidechains would be more succinct. At the time of writing, there are over 44,000 active nodes. There is a total of three types of nodes, including Regular Full Nodes, Secure Nodes, and Super Nodes.

All public blockchains require full nodes, and they are typically wallets that run an instance of Horizen’s core software, can hold an up-to-date copy of the blockchains, and are contactable through an IP address. Secure Nodes enable security and resilience within the Horizen network with enhanced point-to-point encryption as well as decentralization, and Super Nodes essentially bring major improvements to the Horizen ecosystem, which enable a sidechain platform for an unlimited amount of blockchains and dApps.

How to Connect to ZEN Nodes

Note that when setting up and connecting to ZEN Nodes, the users are not just expected to set things up but to keep up with regular security updates and Horizen software updates. This is also a procedure that requires users to be familiar with Linux administration. However, if you are intimidated by Linux or just have no prior experience, there is an alternative way through which you can connect.

You can easily connect to ZEN Nodes through the utilization of NOWNodes. Connecting to ZEN nodes through NOWNodes lets you focus on the development of your blockchain project without worrying about much else. You can get a fast connection to the full node, and through NOWNodes’s API tools, you can expect a guaranteed, secure and reliable level of access to the blockchain through an RPC connection. NOWNodes then monitors and maintains the node for you, and you have 24/7 support.

The Horizen roadmap for 2022 is the biggest one they have announced so far, and they are working on numerous developments, such as Blaze SDK, a Tokenization Platform, and most importantly, EVM compatibility. Staying up to date and in the loop, as a developer can heighten your opportunities, and connecting to ZEN Nodes will give you an insight into the overall ecosystem. Through NOWNodes, all of this is made as simple as possible.