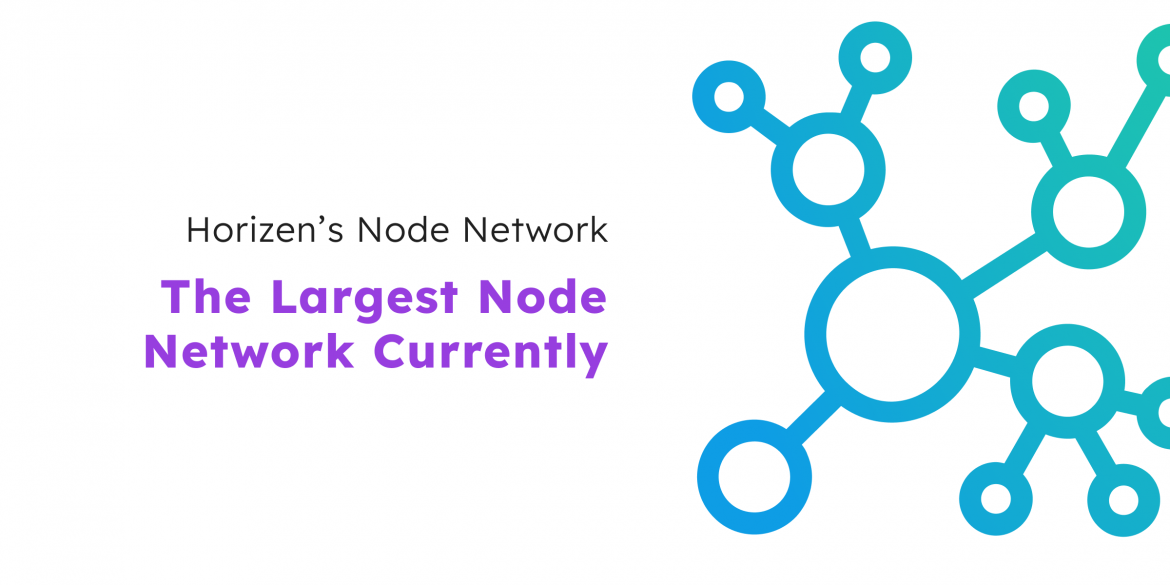 There has been a high level of competition when it comes to blockchain networks within the crypto sphere, all of which aim to offer something a bit different and improve upon the capabilities of their predecessors.

Horizen is one such network and is a secure, interoperable blockchain ecosystem that is supported by the largest and most decentralized, multi-tiered node infrastructure.

As a means of seeing exactly how it works and how it became so large, we will be going over the Horizen network’s functionality, pros and cons, and how you can run a Network ZEN node with ease.

What is Horizen Network?

If you are curious about what Horizen (ZEN) is, it’s essentially a privacy-focused cryptocurrency and blockchain network that has the main goal of solving scaling and security issues found in competing blockchain networks.

The network utilizes zero-knowledge proofs as a means of enabling ZEN to be untraceable and unwatchable between the users that aim for a high level of privacy.

How did the Horizen network become so large?

The Horizen node network is multi-tiered, and what this essentially means is that not every single node fills the exact same role within the network. In fact, there are three tiers of nodes, all of which complete specific functions.

Ever since its release, Horizen’s massive and geographically dispersed node network has aimed to improve scalability, reliability, security as well as overall speed.

As such, Horizen has three types of nodes that can be created, including:

These numbers are essentially what makes Horizen’s node network one of the largest within the crypto space.

The main reasons why ZEN Networks became so large are due to the fact that they provide privacy through cutting-edge cryptography, responsible privacy, Treasury DAO, solid tokenomics, as well as BlockDAG and Side Chain Protocol.

Pros and Cons of Horizen Node

How to Run Horizen Node?

If all of this has piqued your curiosity, and as such, if you have gathered a high level of interest in launching your own project on Horizen, such as a decentralized application (dApp), wallet, or even a decentralized exchange (DEX), well, In that case, you will need to gain access to a ZEN node. This node will allow you to a heightened level of functionality.

To make this process as simple as possible, we have created a step-by-step guide that will aid you in setting things up quickly.

To start things off, you can get access to a Horizen (ZEN) node through the usage of NOWNodes. In order to get started, all you have to do is navigate to the official NOWNodes website, enter your email address and click on the “GET FREE API KEY” button.

Now, you will need to visit the official documentation, where you will be able to find the code through which you can connect to the node.

For example, the get block code for ZEN will look something like this:

Note that there are numerous other commands, all of which are available on the documentation page.

After you connect to the ZEN network, you can now review all of the data that you require from the Horizen node, such as the block height, transactions status, wallet balances, and more.

Hopefully, now you have a heightened perspective as well as a heightened level of understanding as to why Horizen (ZEN)’s network became as big as it did and will only carry on increasing over time. From its outstanding security and privacy features to the ease of use, Horizen is a project worth taking a second look at.

Remember that you can utilize NOWNodes as a means of connecting to a Horizen (ZEN) node with ease.