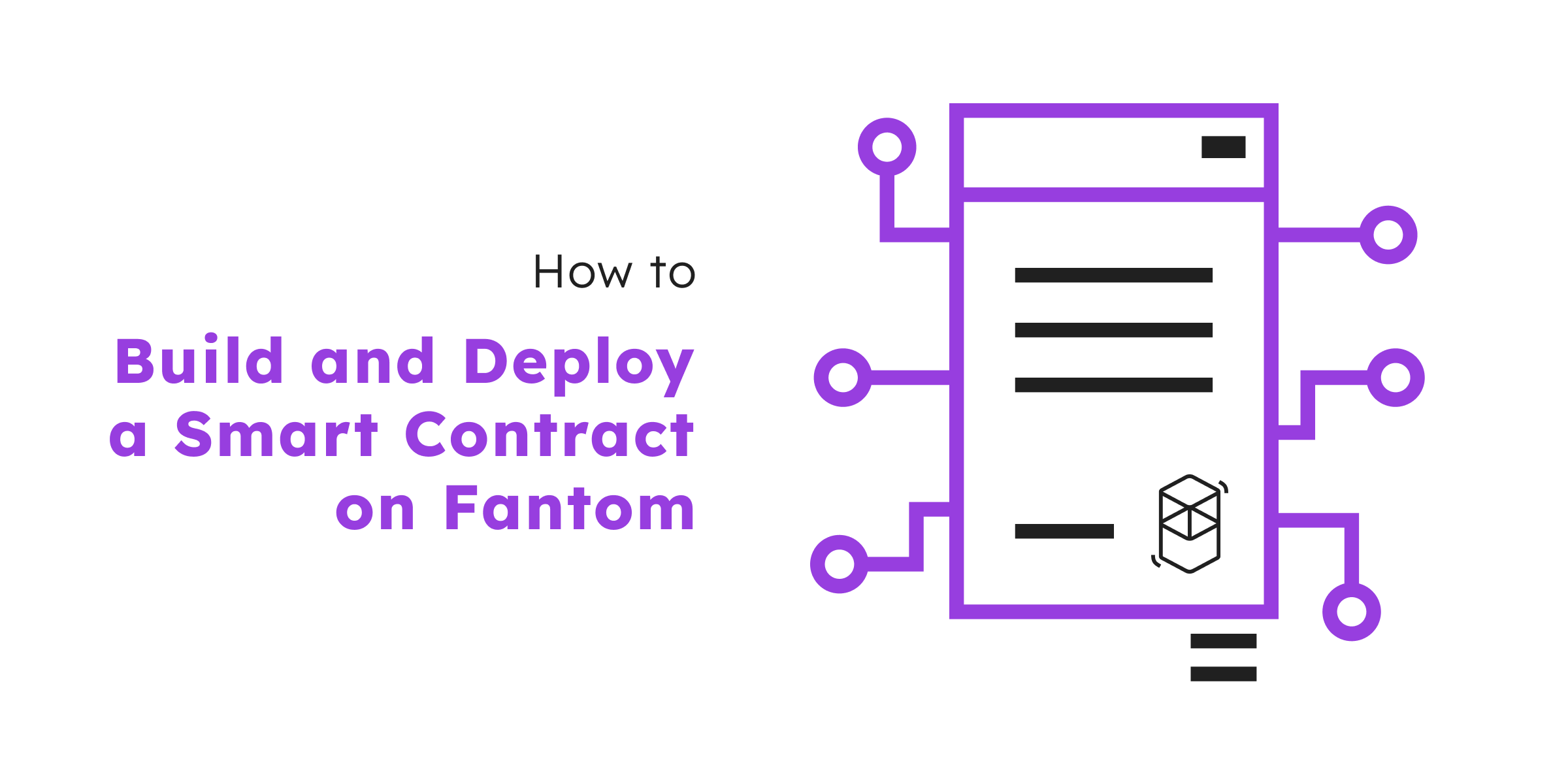 Throughout the past few years, we have seen an exponential level of growth regarding multi-chain ecosystems, where blockchains such as Fantom have managed to offer high throughput, low transaction costs as well as instant finality.

All of these play a major role for developers that want to enable their applications to have scalability, as well as cost-efficiency. If you want to deploy Fantom smart contracts, here is what you need to know.

Today, we are going to go over everything that you need to know about building and deploying a smart contract on Fantom, so let’s dive in.

Fantom is a decentralized, permissionless, and open-source smart contract platform for dApps and digital assets and is mainly seen as an alternative to the Ethereum blockchain.

Its mainnet initially went live in December of 2019, and the network architecture aims to provide a viable solution to the “Blockchain Trilemma,” where it provides a balance of scalability, security, and decentralization.

Keep in mind that this Is a platform that is also compatible with the Ethereum Virtual Machine (EVM), which is a tool that developers will typically use to develop dApps on the Ethereum network. This allows Ethereum-based smart contracts to be easily deployable within Fantom. However, the costs associated with them are much less due to the lower fees.

The Proof-of-Stake (PoS) consensus mechanism used within Fantom is known as Lachesis, and it is intended to secure the Fantom network and ensure that transaction speed and security are established. It also has near-instant finality, which means that transactions are confirmed and finalized within the span of seconds, without the need of waiting for block confirmation as expected in other networks. Furthermore, this Lachesis consensus serves to power Fantom’s mainnet deployment platform known as Opera, which hosts dApps that operate on top of the network.

How to Use Smart Contracts

In order for you to be able to use smart contracts on Fantom, you can send a Fantom transaction that contains your bytecode without specifying any recipients. After the contract gets deployed, it will end up becoming available across all users of the Fantom networks. These smart contracts have a Fantom address like other accounts.

Building and Deploying a Smart Contract on Fantom

In order for you to be able to deploy a smart contract on Fantom, you will need to use Remix or any other Solidity-based tool, including Truffle, Brownie, or Hardhat. We have created this step-by-step guide as a means of making this process as simple for you as possible.

Navigate to the Remix development environment through the utilization of a web browser through navigating to emix.ethereum.org. Here, you need to ensure that you are on the Fantom network. Afterward, navigate to the Contacts tab and add a new contract.

It is here where you can start building your smart contract. Now, this is a procedure that will require you to have some programming knowledge, and all you have to do here is to have the compiled code of your smart contract, FTM tokens for covering the gas costs, deployment scripts, and plugins, and access to a Fantom node.You can easily run a Fantom node through an API by utilizing the services offered by NOWNodes. Alongside Fantom, NOWNodes also gives you access to over 40 other blockchain networks.

Once you have successfully created your smart contract, you will need to deploy this code. Thanks to Fantom’s EVM compatibility, this is a simple and straightforward process. Start by compiling the contract in Remix under the Compiler tab, where you can click on Compile FantomLinkFeeds.sol, and then proceed to the Deploy tab. You will now need to inject MetaMask and configure MetaMask for Ftantom’s testnet. This is simple, as all you have to do is go into the settings tab, and within the “Networks” tab, select “Custom RPC.”

Here, you will need to enter the following information:

Next, go to faucet.fantom.network to retrieve some free testnet FTM through which you can deploy your contract. Once the contract is compiled, your network is set to the Fantom testnet, and your address will be funded with tesntet FTM tokens.

Now, you can deploy to the network by selecting the “FantomLinkFeeds” contract and clicking on deploy. Your contract will be live on the Fantom testnet.Remember that you can always connect a Fantom node through an API using NOWNodes.

Fantom is an appealing option for many developers that are switching or coming from the Ethereum ecosystem due to its EVM compatibility, high speed as well as low costs.

Fantom can be an extremely powerful network where developers can build a lot of dApps, and deploying a smart contract on Fantom is a fairly straightforward process.