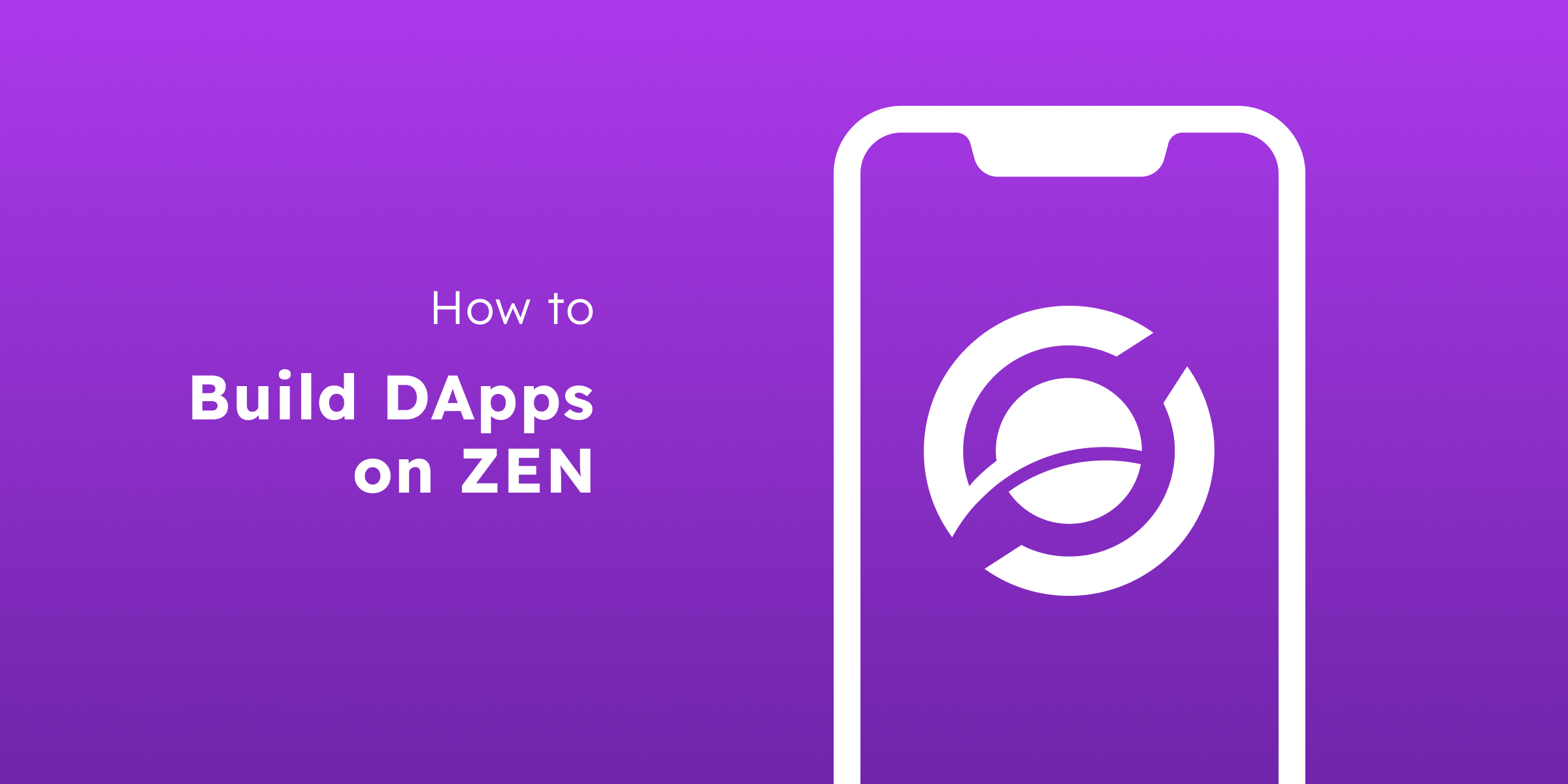 Horizen (ZEN) is a cryptocurrency and blockchain network that emphasizes privacy, and it was essentially created as a hard fork from the privacy-focused cryptocurrency network and token Zcash. The main way through which it stands out from the competition is due to the fact that it aims to make smart contracts and decentralized applications (DApps) fully private and secure as well.

This has prompted a lot of people to have a genuine level of interest when it comes to building their DApps on top of the Horizen network, and if you are the type of developer that has their curiosity set on doing so as well, keep reading as we go over everything that you need to know when it comes to building a DApp on top of the Horizen network.

Why build DApps on ZEN

Horizen is essentially a blockchain ecosystem that puts a specific focus on privacy as well as scalability through the utilization of sidechains. The platform, in turn, enables developers to create their own private or public networks and DApps on the distributed networks.

The project also features a verifiable, cross-chain transfer protocol known as the Zendoo protocol, which is its sidechain solution, alongside featuring a zero-knowledge proof protocol (zk-SNARK) as a means of securing the communications between the sidechains.

The sidechains within the Horizen network aim to be highly scalable while also keeping many of the benefits of the network. Due to the cross-chain transfer protocol (CCTP) being implemented, ZEN tokens can even be transferred back and forth between the Horizen mainchain and the individual sidechains.

Furthermore, Horizen combines Proof-of-Work (PoW) and Proof-of-Stake (PoS), where new tokens are rewarded to miners that contribute to PoW as well as validators that contribute towards PoS. These are just some of the reasons why someone might be interested in developing DApps on the Horizen network.

Examples of DApps created on ZEN

There have been numerous successful DApps developed on top of Horizen (ZEN). To give you a heightened perspective, here is a list of some of the most successful ones.

How to build DApps on Horizen

In order for you to be able to build a DApp on top of Horizen, you will need to use what is known as Zendoo. This is a zk-SNARK enabled, verifiable cross-chain transfer protocol that powers a privacy-preserving and fully decentralized network of blockchains with massive throughout as well as scalability.

Through it, you will gain access to Horizen SDKs, which are an all-in-one toolkit set specifically developed to let you custom build a blockchain for any use case, which removes development complexity.

There are two main types of SDKs that you can pick depending on your project needs.

The first is known as “Blaze,” and this allows you to build custom and quick blockchain networks that are highly decentralized and offer up to 10 million transactions per second (TPS) on a global scale.

The second is known as “Latus,” and this will let you build a fully decentralized, custom blockchain network. At the time of writing, it is not yet available, so your main choice here will be Blaze for the time being.

Remember that in order for you to begin the development process, you will need to fill specific requirements, including:

The project has a Maven module structure and consists of four modules in total, such as the SDK, which is the core of the sidechain SDK, the ScBootstrappingTool, which is a specific tool that lets you create a sidechain configuration file that will allow for the synchronization with the mainchain network. Then there’s a Simple App, which is an example application that does not have any specific custom logic but runs a node which’s code can be connected to the mainchain network or isolated from it, and Q/A, which is a Sidechain Tet Network for sidechain testing through RPC/REST commands. Note that for a free test of ZEN, ensure that you obtained a zt address.

Remember that NOWNodes is a service that will provide you with access to many full nodes as well as explorers through the utilization of its API that you get the moment you create an account. This also includes the Horizen block explorer. NOWNodes is also responsible for the process of maintaining full nodes of the cryptocurrency, which in turn allows the service to draw information from them at any point.

Hopefully, now you have a heightened perspective of how building DApps on top of Horizen (ZEN) works. All you have to do is follow the instructions and get a free test zen address (zt). Remember that NOWNodes will provide you with a free API key through which you will be able to access the node explorer.