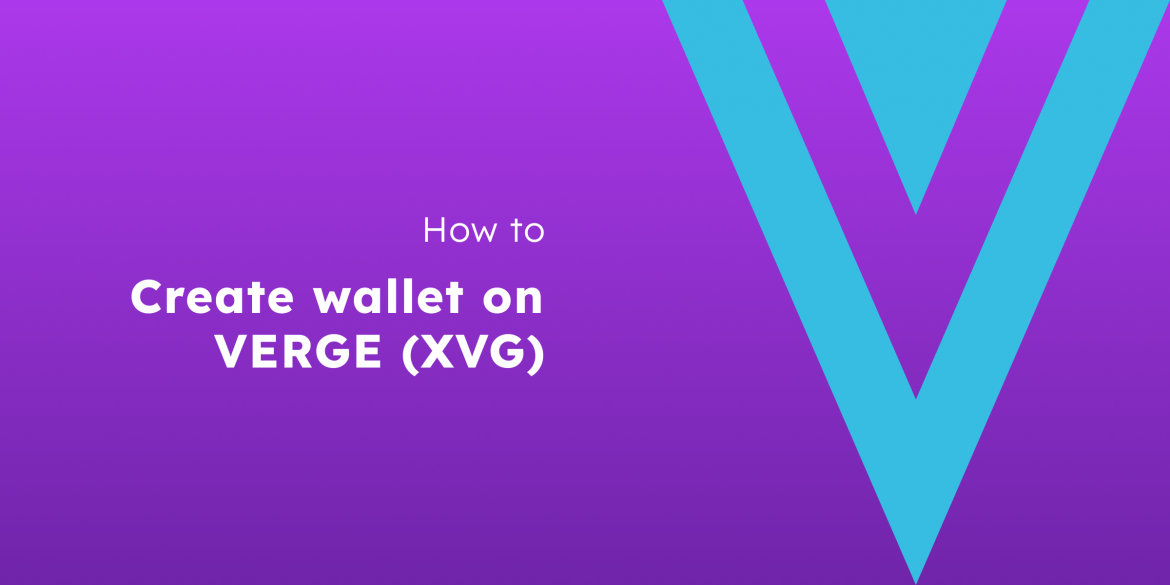 If you have ever wanted to create a cryptocurrency wallet that is based on a blockchain network that puts its focus on user privacy, the Verge might have been just what you are looking for.

Today, we are going to be diving deep into the wallet creation process regarding the Verge (XVG) blockchain, so you can get up and running in no time.

Why create a wallet on Verge?

There are numerous reasons why someone might be interested in creating a wallet on the Verge (XVG) blockchain. However, the key reasons include:

Guide on how to build crypto wallet on Verge

If you want to buy Verge (XVG) or other cryptocurrency tokens, you will need to build a cryptocurrency wallet. This wallet is where you will be able to store the private keys which are required for you to access your coins.

Verge stands out due to the fact that it utilizes its own digital wallet, which can be downloaded or even used as a paper wallet; however, third-party wallet options are also available if that is your preferred option.

The chances are high that you are either using Linux, macOS, or Windows as an operating system. These are currently the only supported operating systems on top of which you can develop your own wallet on Verge. What this means is that you need to ensure that you are using the correct OS. We will be using the Windows method for this example.

You will need Windows Subsystem for Linux (WSL) and the Mingw-w64 cross compiler toolchain, as this is what you will be using for the creation of the wallet.

With the launch of Windows 10, Microsoft released the Windows Subsystem for Linux (WSL) feature.  This enables users to run bash shell directly from windows in a Ubuntu-based environment. This allows for cross-compiling mechanics for Windows without the need to run a separate Linux Virtual Machine or server.

To do this, all you have to do is open the Windows FEatures Dialog, which will look like this: OptionalFeatures.exe. Then, you need to enable ‘Windows Subsystem for Linux.’ Last, click on “OK” and restart your system if it prompts you to do so.

Here, you will need to navigate to the Microsoft Store, log into the store with your account if you haven’t done so, and search for “Ubuntu 18.04 LTS”.

Click on “Get,” and you should see it get installed with ease.

You will now need to open a command prompt (CMD) menu and type “Ubuntu1804”, after which you can create a new UNIX user account, which will be a separate account from your Windows account. Once the bash shell is active, you can compile the 64-bit version.

Start by installing the general dependencies by using the following code:

Afterwards, if you want to build the windows installer with make deploy, you will need NSIS. Install it with this code:

Once the toolchain is installed, note that for WSL the Verge Core source path has to be somewhere in the default mount file system, such as here:

Once the source code is ready, you can use the following build steps:

Once you have built it through the usage of the Windows subsystem, you can copy the compiled executables to a directory on the Windows drive in the same directory structure. To do this, you will install it to C:\workspace\verge with this command:

That is everything you need to know when it comes to creating a wallet on Verge (XGV).

Remember that NOWNodes provides a 99.95% API uptime and maintains the state of the network by monitoring it 24/7.

Hopefully, now you have an in-depth look at everything you need to know about creating a wallet on Verge (XVG). While the process differs based on the operating system you are using, this is a slight variation, and once you master it on Windows, you will be able to create it on Linux and macOS as well.