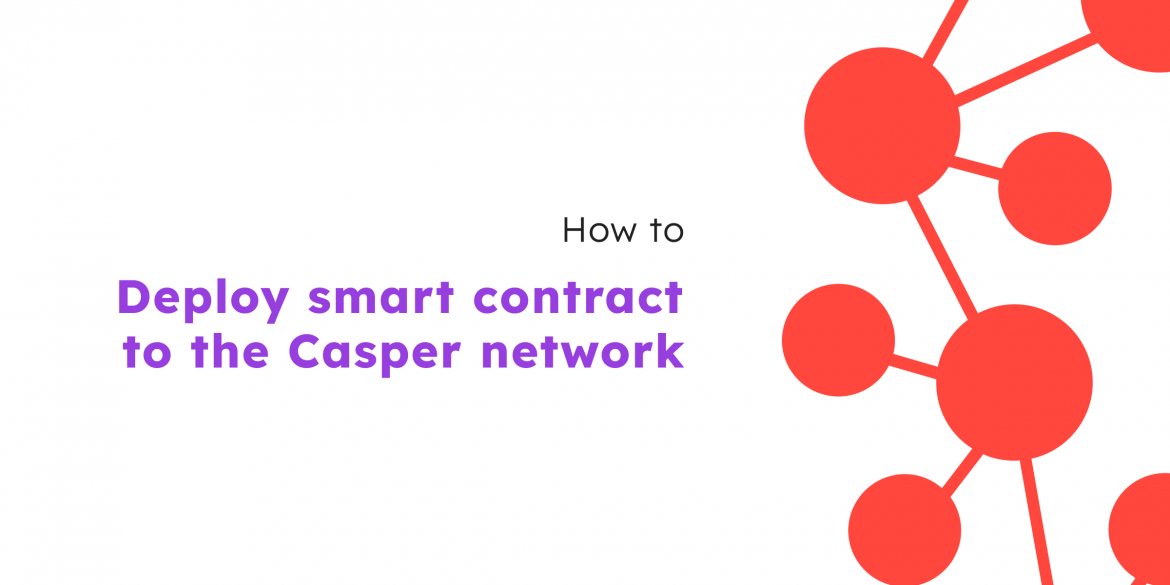 If you are the type of person or developer that aims to run their own decentralized applications (dApps) or do any kind of procedure on top of a specific blockchain network, you need to take advantage of the smart contract functionality that the network has to offer.

Casper is a blockchain platform that allows any developer to build on top of it and is designed for real-world application development without putting a sacrifice on usability, cost, and decentralization.

Today, we are going to go over everything you need to know when it comes to deploying smart contracts on top of the Casper network.

Why Use Smart Contracts?

The Casper network does indeed support smart contracts, and there are numerous reasons why you might be interested in utilizing them.

On a blockchain network, the main role a smart contract plays is to simplify business and trades between anonymous and identified parties, which can be achieved without the requirement for a middleman to get involved.

A smart contract can essentially scale down on formality and costs associated with traditional methods, and they are fully programmable. Smart contracts get executed only when predetermined conditions are met.

There are numerous advantages that the Casper network has an offer for developers that decide to build their smart contracts or decentralized applications (dApps) on top of it.

For example, the Casper Network features a development ecosystem, one specifically designed to support WebAssembly. This means that developers aren’t required to learn a proprietary language to begin work on top of it, such as Ethereum and its Solidity language.

This simplifies the overall development process. Furthermore, the basic functions include an account permission model, which is given the ability to recover lost keys, and a permission model that can securely share the state between accounts and contracts. Furthermore, the fees which occur on top of the network are predictable, and as such, the Casper Network aims to eliminate any volatility and improve the overall development and business experience due to its transparent, consistent, and fully predictable gas prices.

These are just some factors and advantages that make the overall Casper network a worthwhile network to build on top of.

Casper provides you with a contract API within the casper_contract crate. We will be going over how you can create simple, smart contracts, which allow callers to donate funds, for example, to a purse owned by the contract, and one that can track the total funds received alongside the number of individual contributors.

First, you will need to create a proper directory. This folder will have two sub-directories, called contract and test.

You will now need to remove the auto-generated main functions and configure the Main.rs File.

You can add these dependencies to the Cargo.toml file:

Then, you can add the imports in the main.rs file.

Once you’ve imported all of the required dependencies, you need to define the constants that you will use within the contracts, such as the entry points and values.

These entry points will be the way through which you can access the contract code installed on the global state.

When defining them, begin with a #[no_mangle], as this will ensure that the system doesn’t really change any critical syntax within the method names.

This call function will start the code execution, and is responsible for installing the contract.

Here, you will need to define the runtime arguments, insert the function entry points into the call function, and add entry points.

This step will add the individual entry points through the add_entry_point method to one object, and return it to the new_contract method.

All that’s left for you to do is to create the new contract by using the new_contract method to create it, with its named keys and entry points.

We have gone over just about everything you need to know when it comes to deploying smart contracts on top of the Casper network.

Note that if you are interested in learning as much about the blockchain as possible and keeping track of everything that occurs with your smart contracts, you can connect to a node through the utilization of the blockchain-as-a-service provider NOWNodes.

With the data you can gain from this process, you can ensure that your smart contracts are properly operating on top of the network.