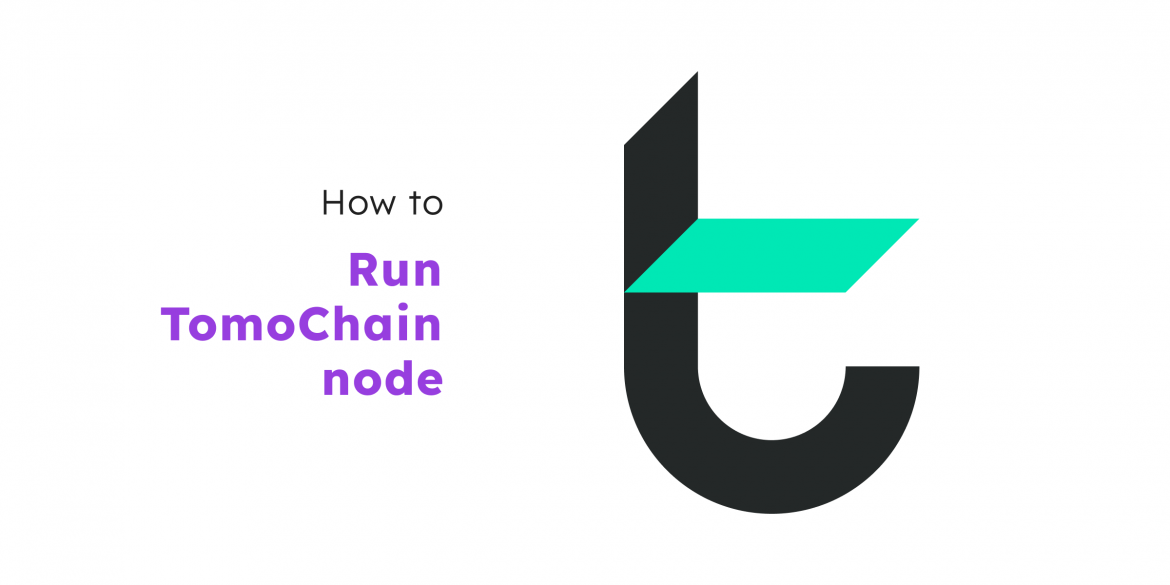 TomoChain is a decentralized network that offers a range of software development kits (SDKs) alongside protocol applications and enables developers to pick from public or private transaction storage.

The blockchain network utilizes the Proof of Stake Voting (PoSV) consensus mechanism to achieve a high level of scalability and is powered by its native cryptocurrency token, the TomoChain coin (TOMO).

TomoChain was initially created with the primary purpose of enabling developers the opportunity to build solutions, by being a blockchain infrastructure for decentralized applications (dApps) and enabling  integration and assurance.

TomoChain (TOMO) does this by offering smart contract scalability, and if you are curious about how you can run a TomoChain node so you can get the most out of it, we will be going over everything you need to know.

TomoChain (TOMO) is a decentralized blockchain project developed with the primary goal of solving scalability issues that are found across many blockchain networks.

It does this through the process of increasing the transactions per second (TPS). TomoChain’s mainnet was released in December of 2018, where the network became fully independent and added masternodes through the Proof of Stake Voting (PoSV) consensus mechanism.

TomoChain can be used as a blockchain network on top of which developers can build decentralized applications (dApps) and serves other popular blockchain use-cases, including decentralized value transaction processing.

Within TomoChain, staking is similar to mining but does not require any hardware for this to occur. What this means is that all users have to do is stake their TOMO tokens, where they can receive a reward for essentially securing the TomoChain Network by doing so.

While everyone is given the opportunity to essentially stake TomoChain coins, only 150 masternodes can be active and can vote on the network. The TOMO token holders can only elect these masternodes, and this is the “voting” aspect of the network.

Stakeholders of the network essentially secure it by validating the transactions automatically. The more TOMO coins are staked, the more secure the network becomes as a result.

TomoChain also uses sharding throughout its Proof of Stake Voting (PoSV) consensus mechanism as a means of validating transactions quickly and uses double validation to ensure a higher level of security.

If you want to connect to TomoChain Node and take advantage of the blockchain data that you can gain from it, you can use NOWNodes to complete this task.

NOWNodes is a blockchain-as-a-service provider which will enable you to easily connect to a TomoChain node through the usage of an API key. You can connect in less than 1 second, and the connection uptime is 99.95%.

All you need to do is navigate to the official NOWNodes website, enter your email address, and click on “GET FREE API KEY.”

Once you receive the key, you can then navigate to the official documentation and enter the proper commands in order to connect to a TOMO node with ease.

For example, the command “https://tomo.nownodes.io/peerCount” returns the number of peers that are currently connected to the client.

Watch our short video tutorial on how to use the service to run TomChain full nodes:

Pros and cons of a TomoChain node?

Pros of a TomoChain Node

Cons of a TomoChain Node

That is most of what you need to know about TomoChain as a blockchain network as well as the TomoChain node.

Remember that you can easily run a TomoChain node by connecting to it by using the NOWNodes blockchain-as-a-service provider.