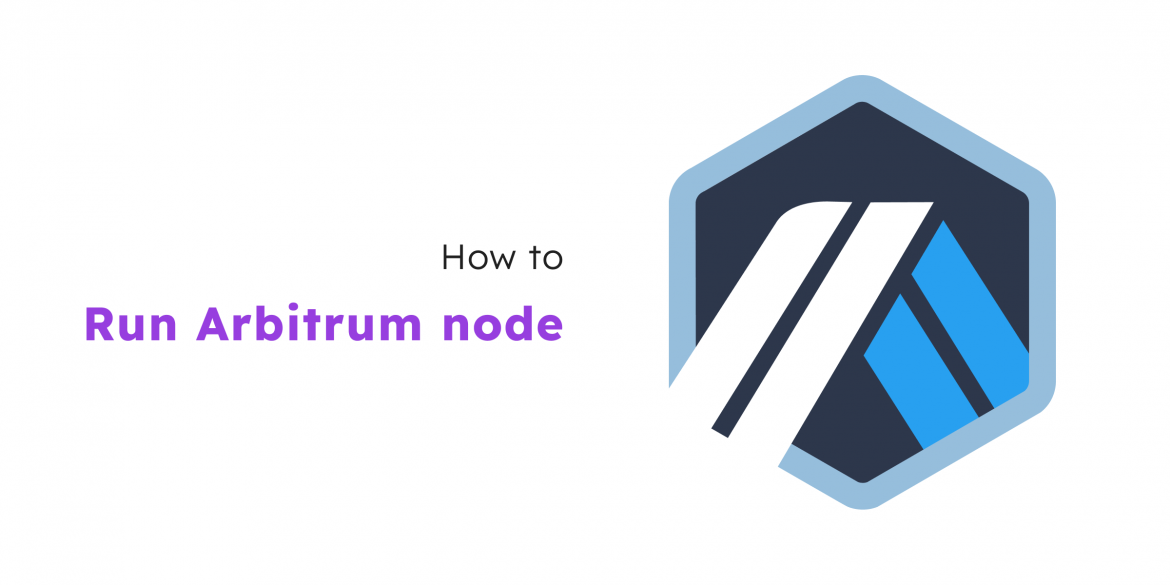 Arbitrum is a layer-2 solution specifically developed as a means of enhancing the overall speed of Ethereum’s smart contracts, where they can essentially leverage a heightened level of scalability and gain additional privacy features.

Many Ethereum-based decentralized applications (dApps) can utilize this as a means of making their overall functionality a lot quicker, and as such, building on top of Arbitrum might be a solid idea for any developer that aims to benefit from the growing popularity of the network.

Connecting to Arbitrum nodes can boost opportunities, and NOWNodes allows anyone to save money as well as time for node setup and maintenance.

Today, we are going to go over everything you need to know when it comes to running an Arbitrum node, so you can worry about the development process rather than the setting up a node process.

Arbitrum is a scaling solution that utilizes a technique that is known as transaction rollup to essentially log batches of transactions that are submitted on the Ethereum main chain and execute them on layer-2 sidechains. This process is intended to release the compute and storage burden that the Ethereum network experiences by enabling a new class of layer-2-based decentralized applications (dApps).

The technology is called optimistic rollup and allows smart contracts on Ethereum to scale by simply sending messages between smart contracts and those in the Arbitrum second chain layer.

Many of the transaction processing will be completed on Layer-2, and Arbitrum will then record the results in the main chain. This is a system that can increase the working speed as well as the efficiency as a result.

Any validator can, after that point in time, post a rollup back and confirm the validity of another block.

The term roll-up describes how a validator can use public information as a means of reconstructing a complete chain history from optimized logs.

EVM compatibility allows for easy deployment of Solidity and Vyper smart contracts or any other language which can be compiled to the EVM.

Arbitrum is also designed to support most of the smart contract computation and off-chain storage, which allows for much higher throughput. The layer-2 scaling solution for Ethereum was specifically designed to minimize the transaction cost as well.

What is Arbitrum node?

If you are curious about what is an Arbitrum full node, Individual nodes are given the opportunity to participate in the Arbitrum chain. These validator nodes are involved in the process of observing the chain’s state and full nodes, which helps combine layer-1 transactions.

Aggregators that send transactions to the layer-1 chain are rewarded in the form of Ether (ETH) coins, while other user transaction fees get distributed to validators.

Arbitrum nodes, as such, provide developers with valuable information that they require. This information includes the hashrate of the network, the mining difficulty, the block height of the blockchain, information surrounding wallet addresses, anything related to the transaction data, the balance history tickers list, and anything else that developers might require when it comes to creating their decentralized applications (dApps).

As such, it is essential for anyone who requires information surrounding the Arbitrum network to connect to an Arbitrum node to get the most out of it.

What do you need to connect Arbitrum node?

If you want to benefit from Arbitrum’s growing popularity and run your very own decentralized application (dApp) on top of the network, you will need a stable connection to Arbitrum nodes. This would allow any developer to deploy smart contracts, send or receive transactions, and test the functionality of their apps with ease. Running a node and maintaining it in a good state can be quite complicated, however, and this is why NOWNodes is here to assist developers.

NOWNodes allows you to connect to Arbitrum nodes through the usage of an API. NOWNodes essentially runs a node and does complete maintenance of it, where all you need to do is access it through a free API key.

NOWNodes guarantees a robust connection for every single one of its users, as the API response time is less than 1 second, and the uptime is at 99.95%.

Anyone can leverage any of the 50+ nodes other than Arbitrum just by using the same free API Key they already have. If you are curious about other information, you can see the Service Quality Standard.

If you want to connect to an Arbitrum node through NOWNodes, here is what you need to do, step by step.

Navigate to the official NOWNodes website, after which you will need to enter your email address and click on the “GET FREE API KEY” button.

You can now navigate to the official NOWNodes documentation, where you will be presented with the commands that you need to enter as a means of connecting to the node in question.

NOWNodes is a blockchain-as-a-service provider that provides you with access to Full Nodes and explorers. All you need to do is pick the one that you need and choose the available methods, after which you can connect.

How Do I Try Arbitrum?

You can easily try an Arbitrum node for free using the NOWNodes free API key that is provided to you at the moment in time when you enter your email address. This will provide you with all of the information you require surrounding the network, such as hashrate, difficulty, block height, wallet addresses, transaction data, balance history tickers list, and more.

How Do You Bridge ETH to Arbitrum?

You can manually bridge ETH to ARbitrum by adding the Arbitrum network details. In wallets such as Metamask, for example, you would need to navigate to Settings, then tap on the network, and tap on add network. Here, you would need to add information, such as the network name, which will be Arb1, the RPC, which will be https://arb1.arbitrum.io/rpc, and the Chain ID, which would be 42161, the current symbol, which would be ETH, and the block explorer URL.

Hopefully, now you have a heightened level of understanding as to exactly what Arbitrum is, how it works, and how you can easily run and connect to an Arbitrum node through the utilization of NOWNodes.

The process itself is quite simple and should get just about everyone comfortable with connecting to and using nodes throughout all of their blockchain development procedures in regards to decentralized applications (dApps) by supplying them with the information that they require at the point in time when they require it.