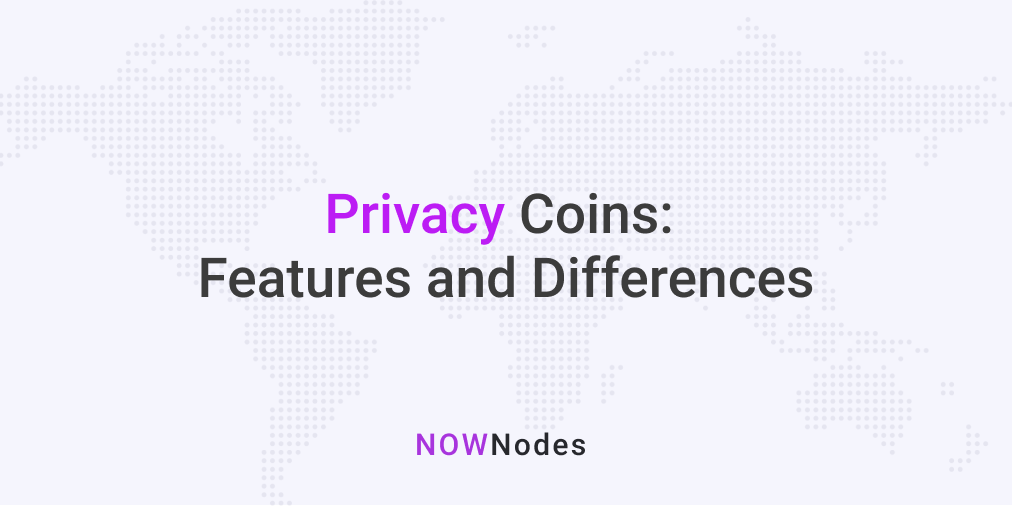 The purpose of anonymous cryptocurrencies is to use cryptography to make the information on the blockchain incomprehensible to an observer, but at the same time, the system must ensure that all rules on the network are followed.

Most of the cryptographic solutions that are used today in anonymous coins originally originated as proposals to improve the privacy of Bitcoin, but were not implemented for various reasons.

It’s important to understand why Bitcoin developers are careful when it comes to improving privacy. Aside from implementation difficulties, privacy enhancement techniques often increase transaction size, which harms the scalability of the system. Also, the coin supply — which anyone with a calculator can check today — would rely on the trust that the cryptography is working correctly to implement proposals to improve privacy.

The Monero project was launched in 2014. Technologies that provide privacy in Monero: ring signatures, ring confidential transactions, and stealth addresses. Recently Dandelion++ has also been implemented. These technologies mix the spent coins in a network of false paths (decoys), hide the sent amounts and recipient addresses.

The key terms in the above paragraph are “mix” and “hide”. When something is mixed, it becomes difficult to track it down because there is too much noise — it’s like listening to one song while 10 others are playing at the same time. In this analogy, the number of songs is called the “anonymity set”. This provides good, but not perfect, privacy. Monero was one of the first anonymous cryptocurrencies to deal with user privacy vulnerabilities in the past (see the Monero Research Lab page for its remedial measures).

zk-SNARKs technology provides a high level of anonymity in any cryptocurrency. This technology is independent of mixing. By analyzing the blockchain, you will not find any information about the senders, recipients, or transaction amounts. Validation in the system is provided without providing the observer with any useful information.

However, Zcash has had to pay for this seemingly magical privacy technology. The compromise was trusted setup. This is a critical phase of the network launch when random data is generated by a group of people who should not share this data with each other. When this data is combined, it can be used to create fake Zcash.

Just because the privacy of a coin is independent of mixing does not mean that the set of anonymity is endless. Anonymity on the blockchain is made possible by the fact that all network users use it. In Zcash, unfortunately, this is not entirely true, because in the Zcash blockchain there are two types of addresses – t-addresses and z-addresses – and only transactions between z-addresses are completely anonymous. T-addresses are as transparent as regular Bitcoin transactions.

And the thing is, most of the transactions are transparent. It says nothing about the Zcash itself, but about people’s habit of sacrificing anonymity to usability.

Both Grin and Beam launched last year. The interest in this protocol stems from the fact that it scales better than Bitcoin and has significant privacy improvements. Mimblewimble-based protocols sync faster and have lower memory requirements as they leave much less data on the blockchain.

One of the drawbacks of Mimblewimble-based protocols is that they require messages to be exchanged between the sender and receiver in order to complete a transaction. This means that when two people make transactions, their IP addresses will be open to each other. The developers have created intermediaries (grinbox) to transfer encrypted messages between users. This does not completely solve the problem as you are still exposing your IP address to this reseller, however, your IP is your responsibility. When you contact grinbox, you can hide your real IP address via i2p, VPN and / or Tor.

While all of these projects have the same goal, each coin has its own set of trade-offs regarding privacy, security, scalability, and usability. With NOWNodes, you can get access to Monero and Zcash explorer and node within 1 business day — drop us a ling and get free API key.  To buy privacy coins using debit or credit card use fiatom.io.