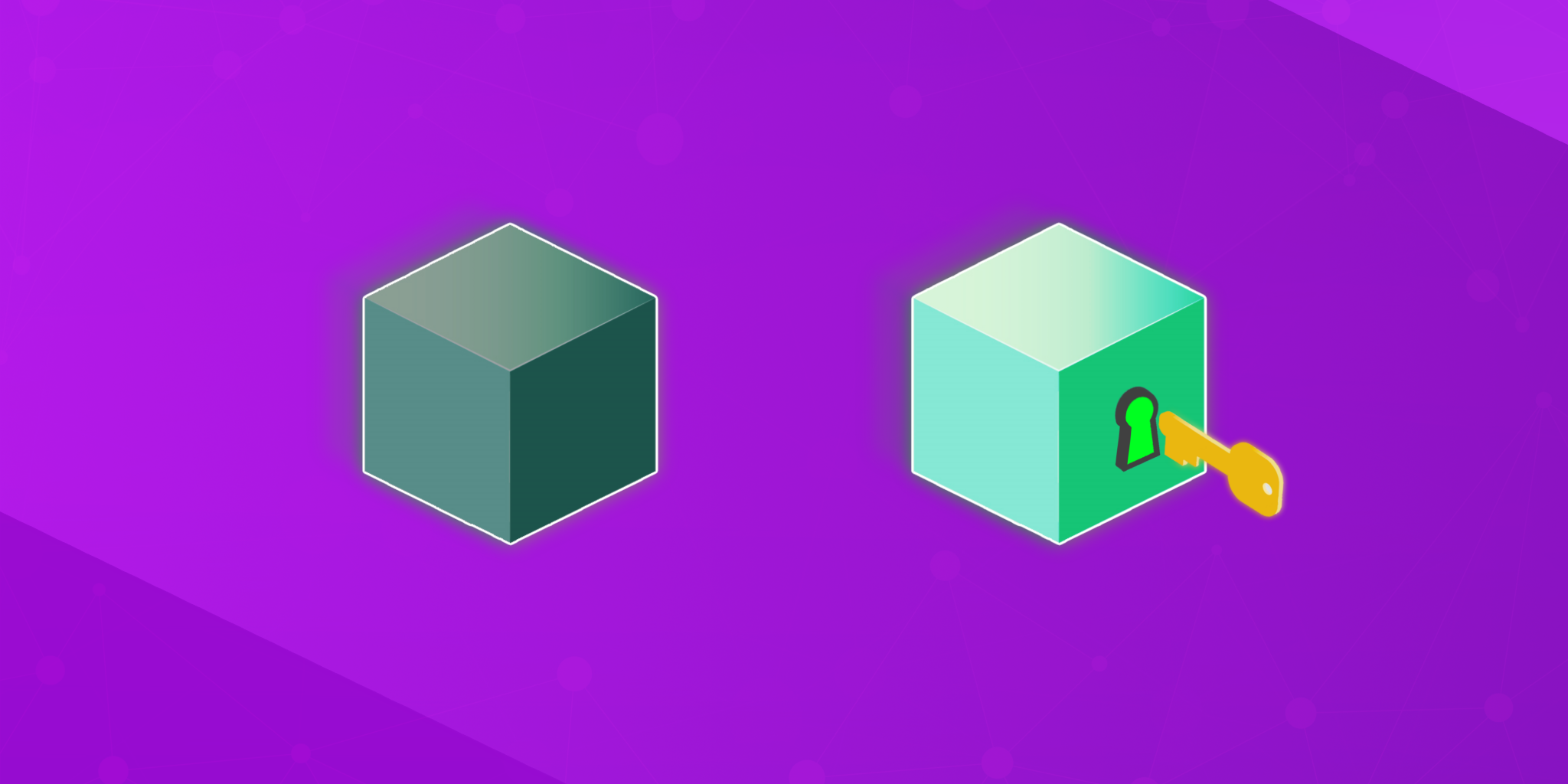 A node is any computer that connects to the Bitcoin network and uses the p2p protocol, which allows nodes to communicate with each other on the web and disseminate information about transactions and blocks. These nodes, between which information is distributed, comprise a blockchain network. We have prepared for you the explanation of the main perks and differences of Private and Public Nodes for you to benefit the most!

How Do Public Nodes Function…

A public blockchain is an open network. Anyone can download the protocol, read, write an addendum to it and take part in the system.

The public blockchain is distributed and decentralized. Transactions are recorded in the form of blocks and are connected so that they form a chain. Each new block has a timestamp, and it is checked by host computers (nodes) before it is written to the blockchain.

All transactions are public, and all nodes are equal. The data in the public blockchain is unchanged: it cannot be changed after the blocks are verified.

On the most popular public blockchain, the open-source cryptocurrency Bitcoin is built. Another outstanding example is Ethereum, with which you can create and run smart contracts. In Public Blockchain, we need to change a bit the incentive for good behavior, because we don’t know who a user is.

Some of the benefits of public blockchains are: open read and write, immutability, security due to mining.

…And The Private Ones

A private blockchain is a network managed by one organization, and you can participate in its work only at the invitation of such an organization and the corresponding permission from it.

Network participants must have permission to read, write or check the blockchain. There are various levels of access to a private blockchain, and information must be encrypted to protect confidentiality.

Private blockchains allow organizations (companies) to use distributed registry technology while eliminating the possibility of data leakage or publication.

Private blockchains are faster, more efficient and more economical than public blockchains, which require a lot of time and energy to verify transactions. In a Private Permissioned Blockchain, we rely on the fact that we know who a user is.

Some of the bonuses of private blockchains are permitted enterprise, faster transactions, better scalability, and compliance support.

What To Opt For?

When you contrast a public blockchain to a private one, I think it all starts with managing personal data: in a private blockchain, you know from the very beginning who all the participants are.

Using the public nodes, again, you do not know who all these participants are, but this does not mean that you cannot build a permission model on a public platform. Then you, your architects and developers, will have to develop the logic and mechanism for managing personal data.

They are two completely different blockchains. They serve different purposes, and you will see that many of the real-world use cases that you find easily use both types of blockchain.

⬛️ What Are Private Nodes?

Private nodes are a reference to the nodes or computers that run a blockchain network that is private as well.

A private blockchain network is essentially any network that is managed by a single organization, where you are given the opportunity to participate in its work only once invited to do so by the organization and once approved to do so. Within these networks, typically, all of the participants need to have permission to read, write or even check the blockchain network in question.
There are numerous levels of access when it comes to connecting to a private blockchain network, where the information has to be encrypted as a means of protecting confidentiality.

Specifically, private blockchains will allow organizations to utilize distributed registry technology whilst also eliminating any potential data breaches or leaks outside of the pre-authorized nodes that are connected.

These are also known as permissioned blockchains that are controlled by a single organization, where the central authority is the only authority that can determine who gets to be a node.

⬛️ What Are Public Nodes?

Public blockchain networks are essentially networks that are permissionless in the way that they are designed, which in turn allows just about anyone to join and are completely decentralized as a result of this.

⬛️ What Is the Point of a Private Blockchain?

Within a private blockchain network, not every user within it has equal rights when it comes to using or accessing specific data within it. What this essentially means is that each user is required to be granted permission in order to access specific types of data and complete specific functions in order to do so.

This results in everyone else being essentially locked out of the system, and this mechanism of access is directly dependent on the rules which have been set by the creators of the overall network.

Within this network, the validation is carried out by the network creator, and as such, no miners are expecting to profit from network facilitation, which results in far lower fees to no fees at all in some cases. Whenever the consensus mechanism is centralized, it is much faster as well, and the owner of the network can control who is able to record information and to whom the information which is recorded is visible.

⬛️ Why Private Blockchain Is Faster Than Public Blockchain?

The main reason why a private blockchain will typically be a lot quicker when compared to a public blockchain network is that a smaller set of users means less time to reach a consensus to validate transactions.

Private blockchains have to select who the validators and nodes can be in the network, and this is typically a network that is limited in terms of how big it can be. They can, as a result, process thousands of transactions every second and are easily scalable as a result of this.
Furthermore, the validation is carried out by this specific network, and as such, there are no miners on a global scale that are fighting to profit from the network facilitation, so the fees on top of the network are much lower, and in some cases even non-existent.

Due to the centralized ways in which they are built, the network nodes do not have to agree with each other when they are owned by the same entity. This means that instead of waiting for network consensus, information gets recorded immediately.

⬛️ What Cryptocurrency Is Untraceable?

There are numerous cryptocurrencies that have the main goal of providing a high level of encryption, privacy features, full anonymity, and being truly untraceable. However, one of the most popular and the largest cryptocurrencies that can do this is Monero (XMR), which has technology developed that can help anonymize users.

Monero transactions are much more difficult to trace due to the fact that they utilize ring signatures as well as stealth addresses, methods that help hide the identities of both the sender as well as the receiver.

Furthermore, Ring Confidential Transactions, or RingCT, aid in the process of concealing the transaction amount, which leads to a much higher level of privacy as well. Other secure and privacy-oriented cryptocurrencies include Zcash (ZEC), Dash (DASH), Horizen (ZEN), and Verge (XVG).