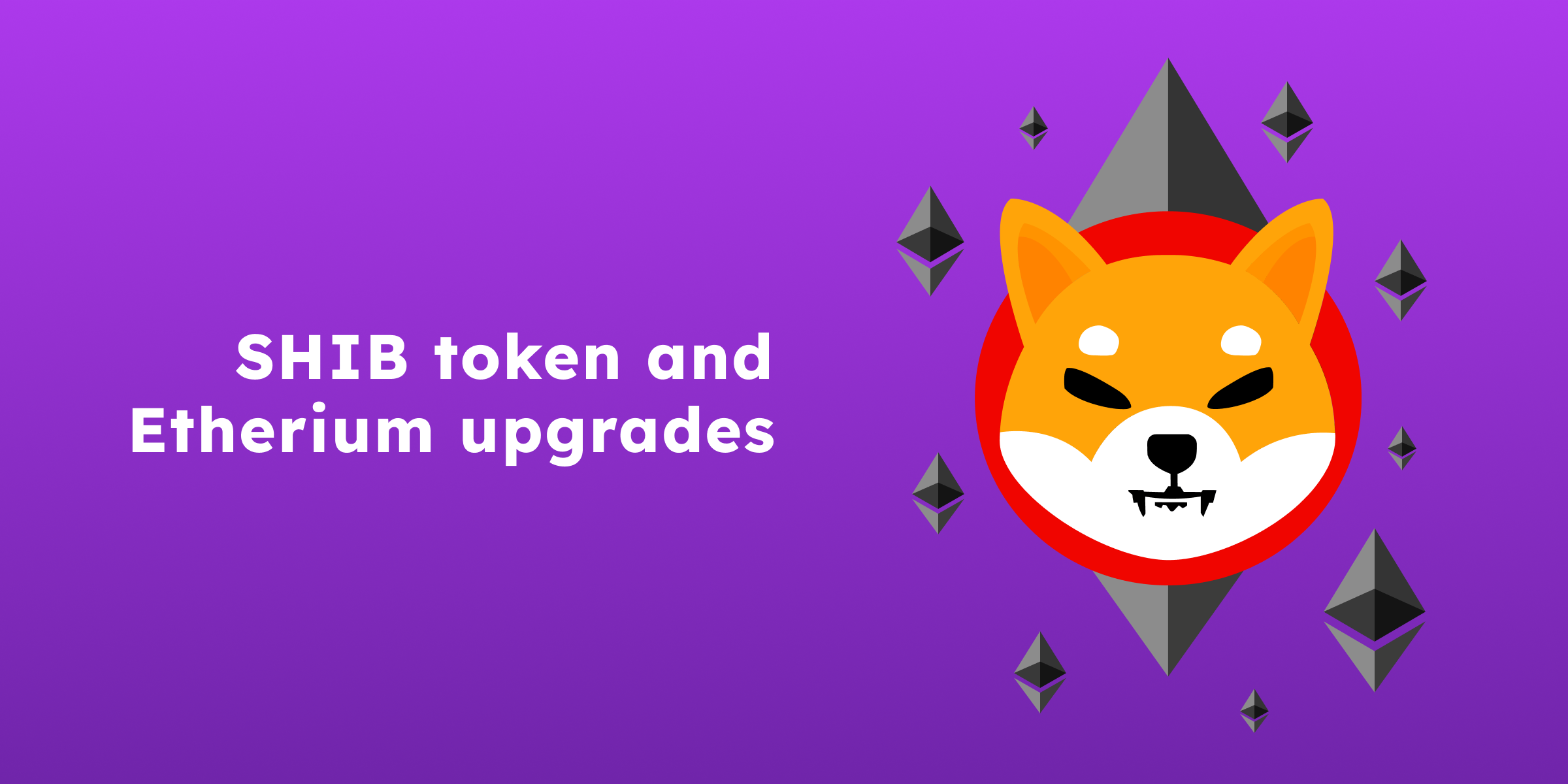 Ethereum enthusiasts have been waiting patiently for the Ethereum 2.0 upgrade, which promises to essentially change the consensus mechanism of the blockchain network from a power-intensive Proof-of-Work (PoW) method to an eco-friendlier Proof-of-Stake (PoS) model.

However, alongside this, there are other numerous upgrades within the network that have gathered a lot of attention, and those will send shockwaves down altcoins that were developed on top of the Ethereum blockchain network.

One such token is the Shiba Inu ($SHIB) token, and today, we are going to go over everything you need to know about the Ethereum Upgrades (ETH 2.0) as well as the Shiba inu token ($SHIB), so you can know what to expect throughout 2022 and even beyond that point in time. Note that each $SHIB token needs to be stored within a shiba inu coin wallet.

What is $SHIB Token?

The $SHIB token is the native cryptocurrency token of the Shiba Inu ecosystem. It was initially developed as a meme-token which has been heavily inspired by Dogecoin ($DOGE), which was one of the first based meme-tokens out there that was created as a joke within the crypto sphere.

However, unlike Dogecoin, $SHIB eventually evolved into its own ecosystem, with other tokens known as $LEASH and $BONE, and even Shiba Swap. The community surrounding the Shiba Inu Token is known as the #SHIBARMY, and they have a very loud presence within social media channels, consistently supporting the token as well as its developments.

According to information on its official website, $SHIB was created as an experiment in denaturized spontaneous community building, and its developer or team of developers go by the pseudonym Ryoshi.

The main whitepaper for the project, dubbed “woofpaper,” asks the question, what would happen if a cryptocurrency project was 100% run by its community? And as such, $SHIB is the answer to that specific question.Ryoshi, over time, also created the $LEASH token, and the $BONE token eventually launched alongside the ShibaSwap decentralized exchange (DEX).

Interestingly, a total of 1 quadrillion SHIB tokens were minted, and the anonymous developer sent 505 trillion SHIB to the address of Ethereum’s co-founder, Vitalik Buterin. It is clear that the $SHIB token is proud to be a part of the Ethereum blockchain and utilizes it to its maximum potential to reach most of its goals.

Vitalik Buterin burned 410.24 trillion SHIB, which were at the time 90% of his holdings which were worth $6.7 billion, and the others were donated to a charity.

The main reason for this growth of the $SHIB token throughout 2021 was its increased visibility. As SHIB started climbing the ranks in both popularity as well as market capitalization, a lot more cryptocurrency exchanges ended up welcoming it for listing. Due to the fact that more exchanges allowed users to trade $SHIB, this led to improved liquidity and a large base for holders.

According to data from Etherscan, by the end of 2021, Shiba Inu had more than 1 million individual holders.

In July of 2021, we saw the launch of ShibaSwap, which has been accredited by many as a key catalyst. Aside from the improvement of liquidity on a previously illiquid token, ShibaSwap also enabled opportunities for SHIB token holders, such as providing them with the opportunity to stake the tokens and earn passive income as a result. ShibaSwap essentially encouraged investors to keep their $SHIB tokens for a considerably longer period of time than previously incentivized.

Furthermore, there were a lot of real-world use-cases in terms of the adoption of the SHIB token. In fact, AMC Entertainment announced their plans towards rolling out Shiba Inu as an accepted form of online payments, while Newegg Commerce gave the $SHIB token some attention in December.

The token also saw a lot of hype surrounding it when supporters were informed about the expected launch of the Layer-2 blockchain project Shibarium in 2022, as well as the development of the non-fungible token (NFT) gaming projects.

The key prediction for $SHIB in 2022 is the fact that there is the expected launch of the Shibarium L2 upgrade. This will be SHIB’s Layer-2, which will allow its users to avoid expensive transaction fees that they currently face when using the base Ethereum blockchain for transactions. Alongside that, there’s another project known as Shiba Inu Games. Specifically, Australian developer PlaySide Studios will create the Shiba Games alongside the former Activision Developer, William Volk.

Being a multiplayer collectible card game, the Shiba Inu games will launch as a blockchain NFT title and will be a more traditional mobile game. Inspired heavily by the Shiboshi NFTs, it will include 1000 SHIB-inspired cards, such as ones featuring the creator of $SHIB known as Ryoshi.

What Is Shiba Inu Waiting for After Ethereum Upgrade?

After the launch of ShibaSwap in 2021, ShibaSwap 2.0 aims to bring with it a host of features, such as a UI overhaul, as it makes a transition into a crypto portal.

Furthermore, on January 24, 2022, the Shiba Inu Twitter page made an announcement regarding the Shiba Inu metaverse. While not much information was disclosed, it does indicate that the project is reaching new heights and will develop an immersive experience for the ecosystem and Metaverse space.

What Will NOWNodes Do After ETH Upgrades?

The PoS mechanism, which will be introduced in Ethereum 2.0 after the merge, will aim to introduce shard chains or sharding. What the application of sharding will do is it will partition the entire blockchain into compartments. One Ethereum blockchain will essentially become 64 separate chains, which are called shard chains.

These will operate at the same time and run in parallel to each other.

In order for someone to become a node or a validator, they would need to deposit 32 ETH into the Ethereum Foundation’s official deposit contract, and once eligible; the validators will download the updated ETH2.0 software and run it. To run an ETH 2.0 validator node, each node will need to follow certain guidelines or recommendations related to the hardware and how to choose and install the client, set up a node, and how to use the ETH2 launchpad. Discover all of the Full Nodes and Block Explorers available on NOWNodes.

Differences Between Ethereum and Ethereum 2.0

There are numerous differences and developments that will occur that will differentiate Ethereum 2.0 from Ethereum. We have created a timeline-based table to showcase the main differences, and answer your questions regarding what Ethereum 2.0 is.

How Will Nodes Work After ETH Upgrade?

The ETH 2.0 upgrade consists of multiple clients, and the validators within the network will be able to run different implementations to run their validators. There’s Prysm, which Is written in the language Go and focuses on three aspects, usability, reliability, and security. Then there’s Lighthouse, which is written in the language Rust and focuses on speed and security. Teku is written in Java, focuses on security, and is known for its maturity and ubiquity. Then there’s Nimbus, which is written in Nim and focuses on performing well on embedded systems as well as personal mobile devices.To run a validator on the ETH 2.0 protocol, an ETH 1 node is required as it will help monitor for the 32 ETH validator deposits. Remember that you can get your personal API key to access all nodes and explorers for free on NOWNodes.

Ethereum 2.0 marks as a crucial event in the overall development and improvement of the Ethereum blockchain network. This also means that altcoins developed on top of it, such as $SHIB, will also get some level of boost in their overall functionality, efficiency, scalability, and speed. This will also make Shiba Inu coin token transactions a lot cheaper, and this is the one of the main points of appeal surrounding the upgrade.