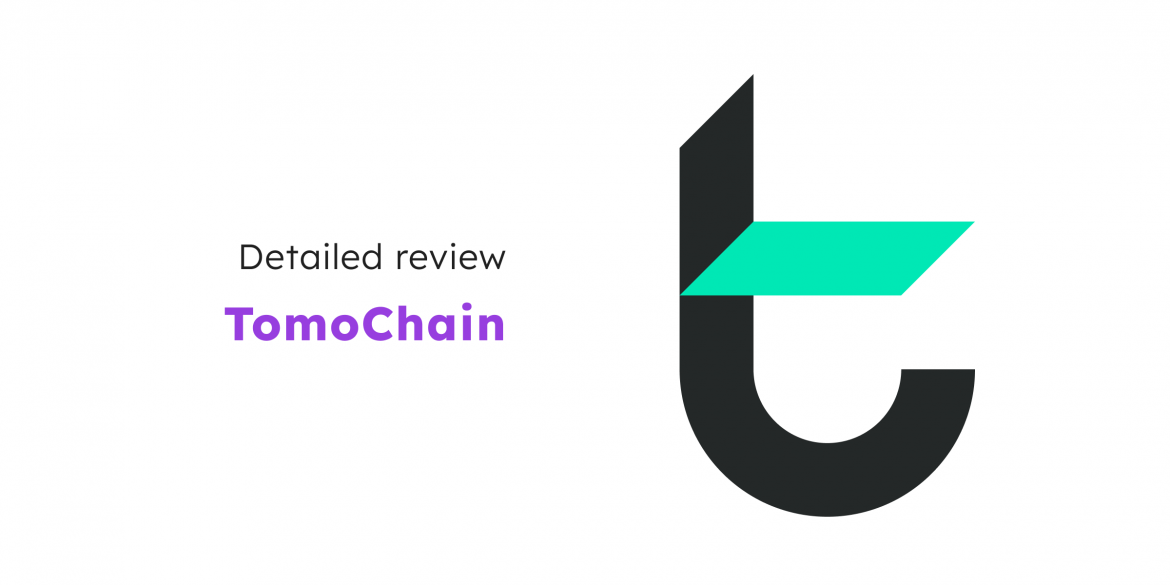 TomoChain (TOMO) is one of the largest decentralized networks that aims to offer a wide range of options when it comes to developers that want to launch apps on top of blockchain technology.

Specifically, this is done through the utilization of software development kits (SDKs), as well as protocol applications that enable access to public or private transaction storage.

Today, we are going to go over a complete, detailed review and look at TomoChain as a whole.

TomoChain (TOMO) is a decentralized blockchain that increases the transactions per second (TPS) and, in turn, achieves a higher level of scalability.

TomoChain is a blockchain network that takes advantage of the roof of Stake Voting (PoSV) consensus mechanism, and this, in turn, is what allows it to reach a high level of scalability. It is powered by its native cryptocurrency, known as the TomoChain Coin (TOMO).

The main reason why TomoChain was created was to provide an infrastructure on top of which decentralized applications (dApps) could be developed. It offers smart contract scalability as well. Its mainnet was released originally in December of 2018.

Due to its unique consensus mechanism, theoretically, TomoChain has the ability to process up to 20,000 transactions per second (TPS), something extremely appealing in the eyes of developers.

Pros and Cons of TomoChain

TomoChain’s real-world performance is around 2,000 transactions per second (TPS), with a block time of 2 seconds which is still impressive when compared to many competing blockchain networks.

There are also privacy-enabled transactions through the utilization of the TomoP protocol. Fees within the network can be paid with any other cryptocurrency, and there is full Ethereum Virtual Machine (EVM) compatibility.

Alongside all of this, TomoChain also features security enhancements due to its double validation and randomization.

Alongside its staking opportunities and numerous partners within the crypto sphere, there are numerous advantages to running a TomoChain node.

How to Connect to TomoChain?

If TomoChain has piqued your interest and you are now genuinely curious as to how you can connect to TomoChain to take advantage of all of the various features and innovations it brings to the crypto space, you will need to establish a connection to the blockchain node.

This can be easily completed through the usage of the blockchain-as-a-service provider known as NOWNodes.

NOWNodes is a service that will let you connect to a TOMO node by simply using an API key. This way, you are connecting directly to the node in less than a second, and the node itself has an uptime of 99.95%.

All you have to do in order to get started is just follow these simple steps.

The first step involves navigating to the official NOWNodes website, where each visitor is given the opportunity to enter their email address, after which they can click on the “GET FREE API KEY” button to begin the overall process.

If you do not receive an email address with the key, you can simply send an email to ​​[email protected] and get the key manually sent to you instead. The process is simple and straightforward.

You can navigate to the NOWNodes documentation page as a means of gaining access to all of the codes that you can use through which you can pull data from the TomoChain node.

Through a TomoChain node, you can get data referring to the hashrate of the network, the difficulty, the block height, information surrounding the wallet address, the transaction data, the history of a specific balance, or anything else that you might need at the point in time when you are building your dApp.

As an example, we will be using some simple commands here.

If you want to find the client version, you can use this command:

Here is what an example request would look like:

And here is what an example response would look like:

There are other codes that you can utilize, to pull different data as well.

That is everything you need to know in regards to what TomoChain is, how the TOMO cryptocurrency can be used, and how you can utilize NOWNodes and connect to a TomoChain node or block explorer.

By utilizing this data efficiently, you can get valuable sources of information for any project that you are working on.