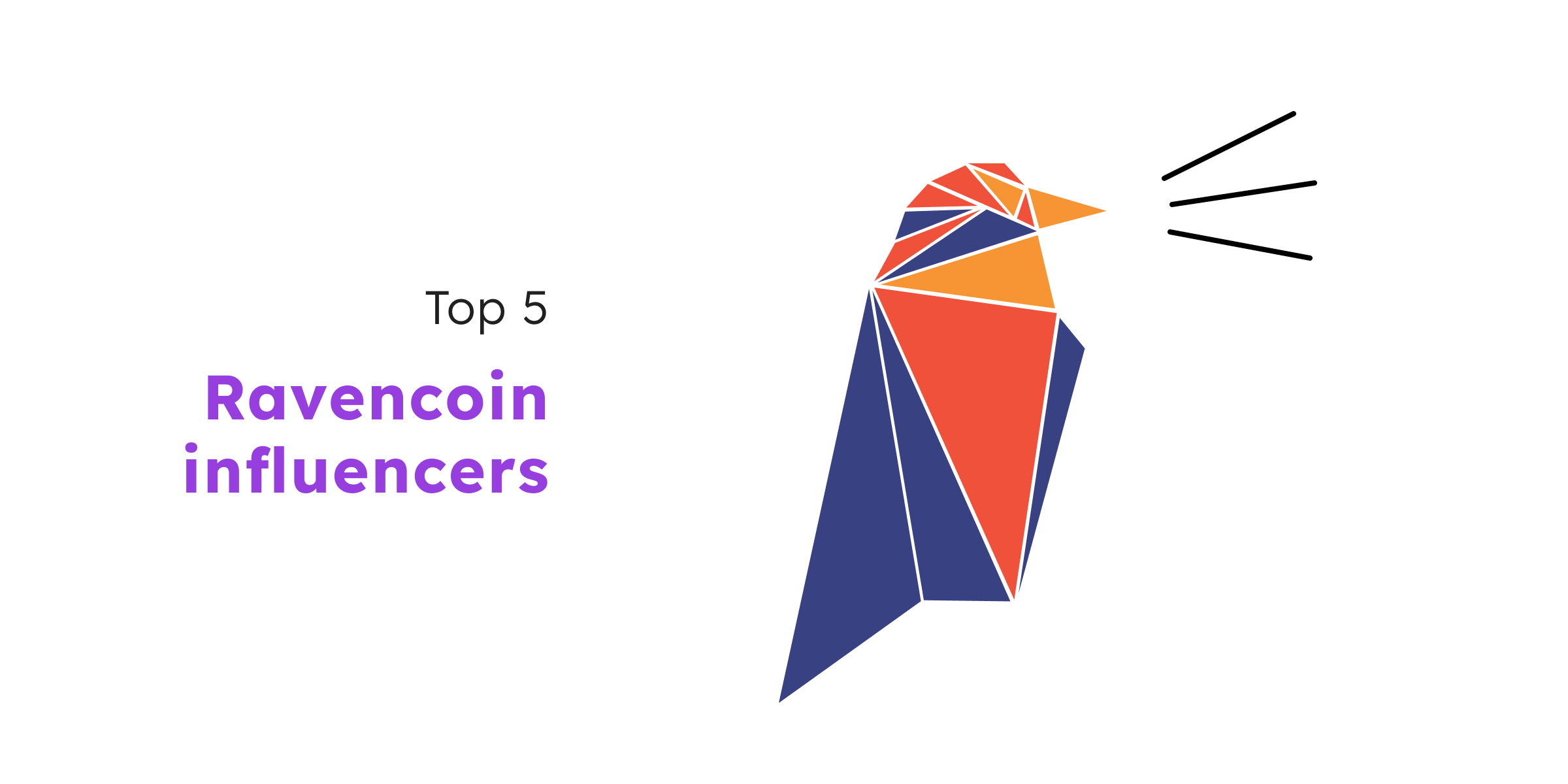 Ravencoin is a Proof of Work blockchain where users can create, manage customized crypto assets, and send them instantly and securely. With its focus on fair launch and fair mining, Ravencoin has gained the reputation of one of the most promising PoW assets: the crypto surged 8X in 2021.

In this article, we brought together 5 top Twitter accounts that you can follow to stay updated on the latest Ravencoin developments, as well as to learn more about the platform in general. If you build on Raven or have RVN in your portfolio, these channels will deliver the most relevant information to you.

Ravencoin is a Bitcoin fork, a mineable cryptocurrency, and a blockchain where users can create customizable digital assets for various needs. These can be utility or security tokens, in-game assets, or NFTs. You can name them, limit their supply, and add many more features. Ravencoin blockchain enables the fast and secure transfer of these tokens.

Two core priorities of Ravencoin include fair launch and fair mining. The former means that when Ravencoin went live, everyone had an equal opportunity to get RVN coins: there was no token sale, pre-mining, or rewards for the team.

Fair mining means that Ravencoin constantly changes the hashing algorithm, so ASICs don’t have enough time to adapt, and you can mine the coin with a GPU. This increases the decentralization of the network and allows regular users to profit from Ravencoin.

The idea behind Ravencoin was first presented in 2017 by its founders, developer Tron Black and businessman Bruce Fenton. They linked the name of the coin with a popular series Game of Thrones: while in Westeros, ravens passed the statements of truth, Ravencoin delivers the statements of truth regarding those who own RVN. The mainnet was launched in January 2018, on the 9th anniversary of Bitcoin.

The idea of Black and Fenton was to launch a Proof of Work blockchain that would be more flexible than Bitcoin. They increased the maximum supply to 21 billion and block reward to 2,500 coins, reduced block time to 1 minute, and implemented a different hashing algorithm.

The coin was first governed by a company named Medici Ventures. In 2020, the Ravencoin Foundation was founded — a decentralized community of developers guiding the RVN blockchain. The project is open-source, anyone can join the foundation and contribute to Ravencoin.

Project Raven is the official Twitter channel of Ravencoin and the biggest one in terms of the followers count. Project Raven brings together everything related to Ravencoin — news events, protocol updates, and new partnerships. It tweets about the philosophy of RVN, its use cases, and legal aspects of the coin. From time to time, Project Raven posts some fine Ravencoin-related arts.

Tron Black is the lead developer in Ravencoin and one of its co-founders. He tweets about the Ravencoin ecosystem, platform’s use cases, and the fundamental reasons why decentralized assets are the future of finance. Tron Black also talks about the capabilities of Ravencoin and the plans for the future.

Leon Ravencoin is a Ravencoin believer who tweets about RVN use cases, shares links to some helpful resources explaining how the coin works, and features trading analysis and price predictions. Leon helps his followers learn about the latest news related to Ravencoin and its new partnerships. Follow Leon if you want to broaden your RVN outlook and learn more about what is happening with the platform right now.

Raven Rick is a community member and a Ravencoin enthusiast with a special opinion on global politics and the economy. In his tweets, Raven Rick shares his views, features some interesting Ravencoin-based NFTs, and announces what specialists the Ravencoin team is looking for at the moment.

Sarah Jenkins is a blockchain realtor: she tokenizes real estate, which means moving all rights to trade and operate with real estate onto the Ravencoin blockchain. Such a step makes real estate deals much easier by removing middlemen like banks and realtors.

The tokenization of real estate is one of the Ravencoin use cases that are not as obvious but very valuable. Sarah Jenkins tweets about how this niche works and will help you learn more about it.

If you are going to run a crypto project tied to Ravencoin, you will need a node to interact with the network. NOWNodes provides such access — you won’t have to lose your time and money on setting up your own Ravencoin node. We do the full maintenance so that the node runs 24/7 – you can simply get your API key and enjoy the service that delivers responses to your requests in less than 1 second. Get the free API key right now – this will take you less than a minute. Head on to our main page,  leave your email, and we will send you the key in seconds. You can use it right away starting with 20,000 free requests per day.

Ravencoin is one of the most prominent Proof of Work coins of today, and if you’re interested in following the news of the cryptocurrency and learning more about it, subscribe to some of the Twitter channels that we featured.

Project Raven is the official Twitter channel of the coin and also the biggest one. Leon Ravencoin’s Twitter will be interesting to those curious about the Ravencoin use cases, news events, and trading signals. Tron Black is the Ravencoin lead developer who tweets about the RVN ecosystem and the philosophy behind crypto. Follow Raven Rick if you’re keen on politics and the economy and wonder how they apply to blockchain technology. Finally, Sarah Jenkins is a blockchain realtor who will help you learn about tokenizing real estate on the Ravencoin network.