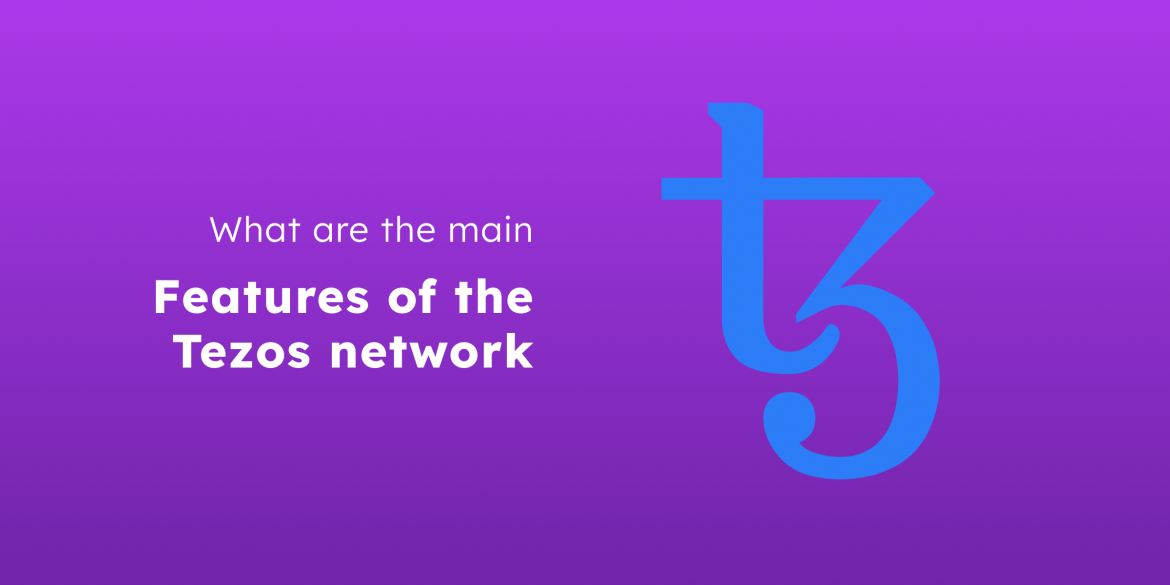 Within the crypto space, there are numerous projects, all of which are competing against each other to introduce improvements and solve specific limitations, such as scalability and throughput.

Tezos (XTZ) is a blockchain network that has support for smart contracts and a solid infrastructure through which it can improve over time without being in danger of experiencing a hard fork. Anyone that holds its native cryptocurrency, the XTZ token, can vote for the protocol upgrades that the creators have put forward.

Today, we are going to go over everything you need to know about the Tezos (XTZ) blockchain and explore some of its main features.

What is Tezos Network?

Tezos is essentially a blockchain network that is based on economic stakes and utilizes the Liquid-Proof-of-Stake (LPoS) consensus mechanism as a means of validating the transactions that occur on top of the blockchain, which means that it is a lot more energy-efficient network when compared to ones that utilize Proof-of-Work (Pow).

The network was originally created by Arthur Breitman and Kathleen Breitman in 2014 through a startup company known as Dynamic Ledger Solutions. However, the team behind the project held an initial coin offering (ICO) in July of 2017, where they raised $232 million to launch the protocol.

There are specific, unique features that make the Tezos network stand out when compared to competing networks, and we are going to go over what makes it so unique.

Tezos was specifically created with a cryptocurrency that allows users to vote on any future changes to the rules of the network.

Once the consensus is reached for the rule changes, the software can then automatically update the rules across the nodes, which puts power and direction of the future of the Tezos network in the hands of those who use it.

The Tezos network is split into two parts and these are the network shell and the network protocol.

The network shell is the part of the code responsible for the process of handling transactions and administrative operations and is the shell that is adaptable based on the votes of users. Then there’s the network protocol which is the code that can send proposals to the shell, ones that can be later on reviewed.

This mechanism works by letting users engage in the process of “baking.” Here, in order for someone to be able to become a baker, they will need to run a node, where they are required to bake at least 8,000 of the XTZ cryptocurrency. Each baker can play a major role in the governance of the blockchain through voting on code changes that are proposed by developers.

How to Connect to Tezos API?

If you are interested in connecting to a Tezos node or a block explorer through the usage of an API key, you can do so by utilizing the blockchain-as-a-service provider known as NOWNodes.

Here is a step-by-step guide on how you can connect to the Tezos API using NOWNodes:

You will now need to navigate to the official NOWNodes documentation, where you will be presented with numerous commands that explain the functionality of the API key and how it can be used to connect to the Tezos nodes or block explorer.

In the case of Tezos, let’s say that you want to get the accounts; in that case, you could send a request such as this one:

As another example, if you want to get the account contracts, you can use this request:

And in that case, you would receive a response such as this one:

NOWNodes will enable you to connect to 58 nodes and block explorers, and through the usage of the API key, you are getting access to an uptime of 99.95% and can connect in less than one second.

Hopefully, now you know a bit more when it comes to the main features surrounding the Tezos (XTZ) network and how you can connect to a Tezos API through the utilization of the blockchain-as-a-service provider NOWNodes.

From its unique consensus mechanism to its smart contract functionality, Tezos as a blockchain provides developers with just about everything that they need in order to launch their own decentralized applications (dApps).

If you are a type of person that is interested in exploring the network, developing on top of it, or just have the main goal of accessing specific blockchain data, you can easily do so by utilizing a Tezos API available to you on NOWNodes.