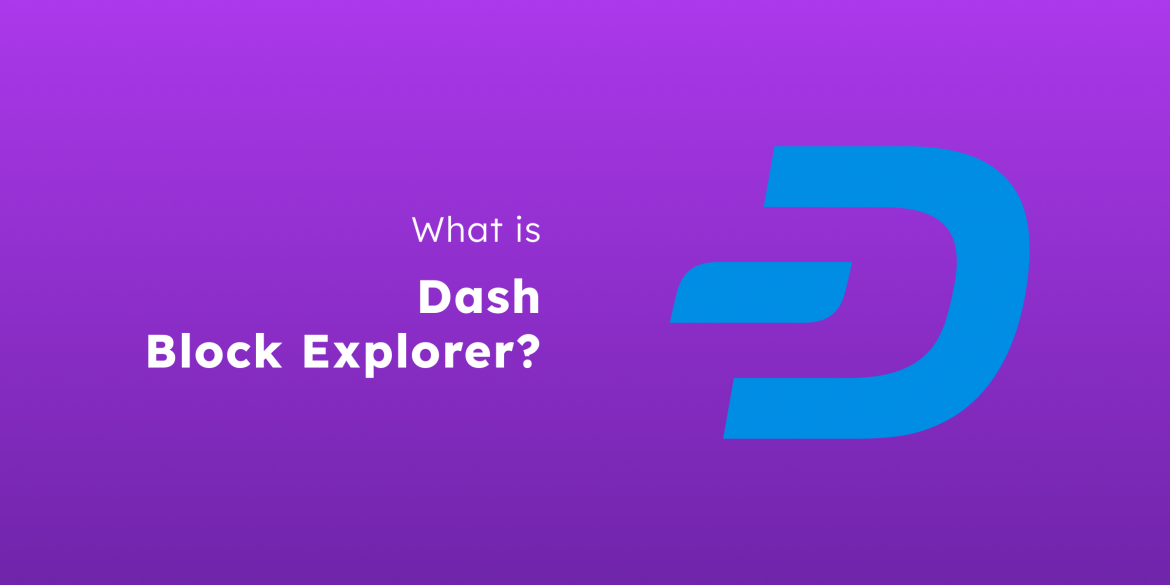 Dash (DASH) is a blockchain as well as a digital currency that offers quick, affordable payments anywhere on a global scale.

Dash offers a medium of exchange for daily transactions as a digital currency that can be used almost anywhere.

One of the most important features of Dash is known as INstantSend, which allows for instantaneous transaction confirmation.

Today, we are going to go over everything you need to know about the Dash block explorer.

So what is a DASH block explorer?

A Dash (DASH) block explorer is a specialized tool tailored toward aiding users that want to check the status of their transactions on the blockchain or track any of the blocks which have been confirmed on the blockchain network.

Whenever a transaction occurs on the Dash blockchain, it has a governance system that allows it to reach a consensus on decisions much easier than its main competitor, Bitcoin (BTC). This is due to the fact that Dash uses the X11 algorithm, a modification of the proof-of-stake (PoS) algorithm.

What this essentially allows for is the fact that anyone can access the data surrounding transactions on the Dash network and gain valuable information about what happens on top of the network.

How does the Dash block explorer work?

Blockchain explorers work by using a database that already holds all of the blockchains in a searchable format and tables. An explorer can work with the node interface as a means of extracting all of the data within a specific blockchain. Once the data has been derived, it can then be stored in tables that are easy to understand.

You can think of a blockchain explorer as a search engine, as it will allow you to search for any information that pertains to the state of the specific blockchain that someone might be interested in knowing.

Most of the time, traders that regularly are interested in and engage in the process of buying and selling cryptocurrencies will check on the status of the transactions. This way, they can confirm if their transactions were successful or have failed.

However, miners can also find utility in blockchain explorers, as they can use them to confirm that they have mined or verified a block that has been indeed added to the blockchain network.

Any user can get access to data surrounding the hashrate, difficulty, block height, wallet addresses, transaction data, balance history tickers list, or anything else that you need.

How to use a Dash block explorer?

If you want to use a Dash block explorer, you can gain access to a live feed of all of the blocks which get added to the blockchain network.

By utilizing a Dash explorer, you can view the public history of the addresses on it, figure out how much they have received, and review their balance. Some explorers will even give you access to information on the biggest transactions of the day, including what mining pool that block was found in.

When using a Dash explorer, you might also need to specifically send requests to get the data you need through the usage of commands.

All commands are unique and will give you specific data.

To use a Dash blockchain explorer, you need to make specific requests or just view the publicly available data showcased by default.

If you want to make a request, remember that there are different commands used for different explorers.

For this example, we will be using the blockchain-as-a-service provider NOWNode’s block explorer to connect to the Dash block explorer.

You can get the block by using the following command:

If you want to send a transaction, you can use this command:

If you want to get the status, you can use this command:

This is what an example response would look like for the aforementioned status command:

You can find a complete list of all of the requests you can make on the NOWNodes on the official documentation here.

NOWNodes, as a blockchain-as-a-service provider, will give you access to numerous different blockchain nodes and block explorers.

See DASH block explorer here if you are interested and curious about using it.

Through it, you can view information regarding the host, version, synchronization, mempool status, type of chain, and other data.

In the stats list, you can view the last block, the last block update, the transactions in the mempool, and the last mempool update alongside the size on the disk.

You can also view backend information such as the version, last block, difficulty, and size on disk.

The Dash (DASH) blockchain has grown in popularity, and due to the vast utility it provides, it has piqued the interest of a lot of developers that want to create decentralized applications (dApps) on top of the network or engage in decentralized finance (DeFi) activities.

If you want to connect to a Dash (DASH) block explorer easily, you can do so through NOWNodes, and gain access to valuable data.