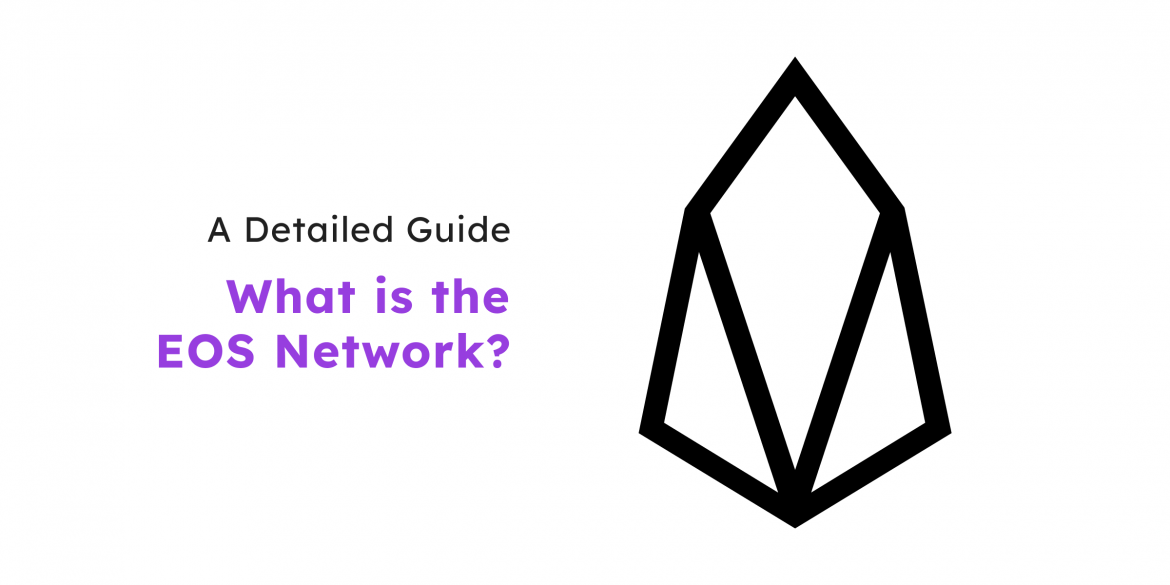 If you are curious about what Is EOS blockchain, here is what you need to know.

EOS is a Delegated Proof-of-Stake (DPoS) blockchain that was purpose-built to enable a high level of development flexibility and network scalability.

If you are curious about what is EOS crypto, here is what you need to know.

The main way through which EOS stands out is that it is one of the earliest blockchains that deployed DPOS, which plays a crucial role when it comes to achieving its desired performance level. Furthermore, In EOS, there are numerous resources used, including CPU, NET, and RAM.

CPU and NET can be accessed through the procedure of staking EOS. However, RAM has to be exclusively purchased by leveraging the EOS smart contract that acts as a market-making and pricing contract. This follows the Bancor Algorithm, which was established on the Bancor Protocol for tokens on smart contract blockchain for an autonomous liquidity mechanism, alongside automatically determined prices. That is EOS Explained.

What Does EOSIO Do?

EOSIO is an open-source platform that has the primary goal of letting third-party developers be able to fully create and then run decentralized applications (dApps) that exist on top of the blockchain. The main role that it plays in all of this is the fact that it eliminates the functions that a computer might need while offering familiar concepts in the way it operates.

What this essentially means is that the EOSIO blockchain is designed to emulate the performance a real computer would have, where the software leverages familiar computing concepts. There is the Bandwidth, which includes eNET, CPU, and RAM.

Throughout the EOS ecosystem, three main types of different resources exist, and these are RAM, Network Bandwidth (NET), and CPU BandWidth (CPU). What this essentially means is that we can perceive EOS as a computer-based EOS Blockchain network.

CPU is used for transaction execution, and the more complex a transaction is, the more CPU it will need. NET, on the other hand, is the possible throughput, which defines a share of a specific block’s representation within the network, and how much it can occupy. CPU and NET are allocated to any stakers of the token. RAM is priced and sold through smart contracts, where the ratio of available RAM to EOS tokens is used in the contract. CPU and NET, on the other hand, are only tradable through EOS REX, the EOS Resource Exchange.

Dan Larimer, one of the co-founders behind EOS, invented the DPoS consensus mechanism.

Within the ecosystem surrounding EOSIO, there are a total of five main groups of actors. These include the token holders, proxies, dApp developers, block one, and candidates, which are the delegators.

dApp developers have an indirect influence from building the dApp ecosystem on top of EOS. Direct influence is a reference to the clearly defined participation procedure in the governance process. Here, token holders can vote for delegates or proxies using the tokens, and these are trusted community members that vote for token holders on their behalf. The delegates are parties that aim to become block producers on EOS.

The Difference Between EOS and EOS.IO

What this essentially means is that EOS and EOSIO are two related blockchain platforms that support decentralized applications.

EOS is just a part of the EOSIO ecosystem, and it is its native cryptocurrency. EOSIO is the platform that gives the foundation that EOS exists on, as well as other blockchain networks.

What are the technical features of EOS?

There are numerous technical features that EOS features, and we are going to go over each one of them in-depth.

Within the EOSIO ecosystem, an account can identify a participant within the blockchain. Then, the participant can be an individual or a group, and this is directly dependent on the assigned permissions in the account. Accounts also feature the smart contract actors, who are responsible for pushing and receiving actions to as well as from other accounts within the network.

Any dApp that is developed on top of the EOSIO blockchain will need to offer parallel processing as a means of distributing the workload, and as a direct result of this, it can save a lot of time. The dApp also needs to allow for a multitude of sequential performances to avoid errors like double-spending. This is achieved through the employment of parallel execution criteria.

EOS is seen as the first blockchain-based operating system, as it has the capability to provide databases, and account permissions, alongside features such as scheduling, authentication, and much more, all of which are aimed at improving the efficiency of dApp development.

EOSIO also offers a high level of flexibility within its business model, as dApps built on top of EOSIO can adopt a freemium model where application users will not need to pay for the cost of resources required to execute transactions. This is facilitated by the applications co-singing the transactions with the users. However, they can also stake enough system tokens to guarantee the resources that are required.

The network is upgradeable, and operators on the network will typically need to replace their old version of the nodes with each new release.

EOSIO offers a solution that consumes much less energy than competing blockchains to validate transactions and secure the network.

EOS is trading at a value between $0.81and $0.95 as of November 10, 2022, and in the last 24 hours, the cryptocurrency has seen a bullish turn in terms of its overall value development and growth.

EOS has a high level of utility across the ecosystem, as it is used as a form of payment on the network, for transacting, as well as for governance.  Hopefully now you know what Is EOS crypto.

How Is the EOS Network Secured?

To secure its transactions, EOS utilizes the Delegated Proof-of-Stake (DPoS) system, which utilizes real-time voting as well as a reputation system through which it can decide who can create the next block on the blockchain.

EOS is a blockchain-based platform that is decentralized, as its  Delegated Proof-of-Stake (DPoS) ensures that the community can choose the validators through a decentralized voting model to run nodes and achieve consensus.