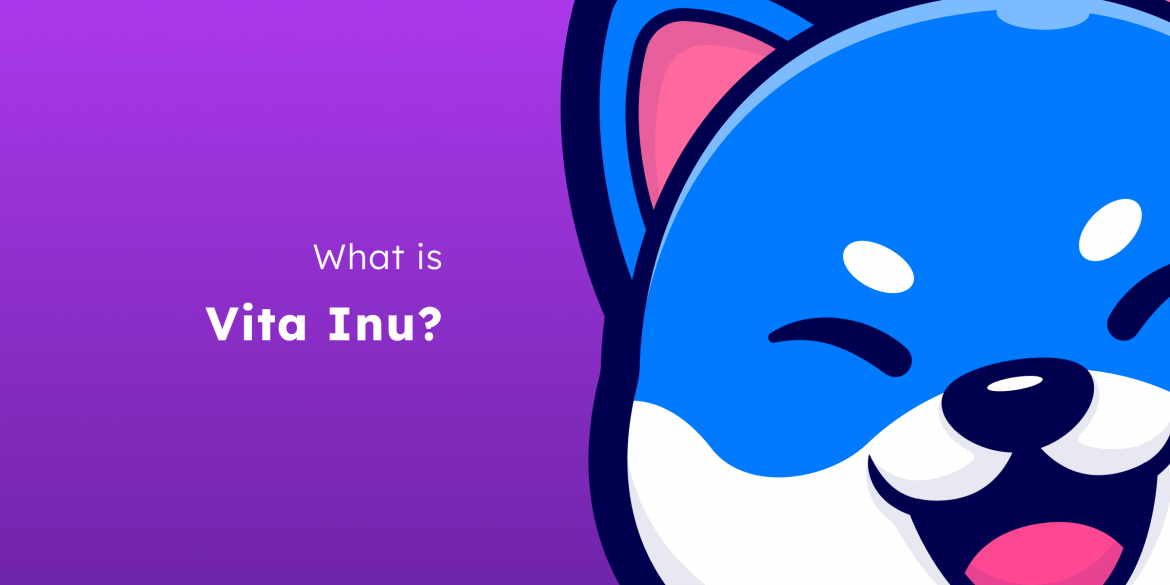 When it comes to meme-based cryptocurrency, the crypto sphere has seen a plethora of different additions ever since the rise of popularity surrounding projects such as Dogecoin (DOGE) and Shiba Inu (SHIB).

However, another meme-coin that has taken the crypto sphere by storm is the Vita Inu (VINU) cryptocurrency which has seen an exponential level of growth as well as popularity due to the utility and various innovations it brings to the crypto space.

Today, we are going to go over just about everything you need to know when it comes to the Vita Inu (VINU) project and cryptocurrency.

Vita Inu (VINU) is essentially a dog-themed cryptocurrency that is built on top of the VITE network.

It aims to be the world’s quickest and feeless dog-themed cryptocurrency utilized on a global level and has numerous additional features and technologies behind it, such as the ViNo Snapshot Block Producer (SBP).

Furthermore, VINU has its own Decentralized Autonomous Organization (DAO), and what this means for the cryptocurrency and project as a whole is the fact that the holders of the cryptocurrency can participate in the broader governance process.

Vite holders can vote for SBPs, and the top 100 SBPs with the most votes are allowed to produce blocks. These Snapshot Block Producers (SBPs) can then receive rewards due to the fact that they have created blocks and are awarded based on the number of blocks that they produce.

Vite uses a Directed Acyclic Graph (DAG) ledger structure and is a low-latency and highly scalable network. Keep in mind that it is also the first public chain that implements smart contracts fully based on this DAG ledger.

The project was originally created in 2021 and is built on top of the principles surrounding transparency and accountability.

Furthermore, there is the VINU Metaverse dubbed the “Vinuverse” that is currently under development and aims to be a digital world where people can play, socialize, invest and earn.

VINU leverages the Vite network’s capabilities to develop smart-contract-based, cross-chain bridges between Vite as well as other blockchain networks, which allows VINU users to move their tokens seamlessly across a multitude of different ecosystems, all whilst utilizing the features and functions.

The VINU core team is comprised of the following team members:

There are both differences as well as similarities when it comes to the Vita Inu and Ethereum projects.

Ethereum (ETH) has smart contract support, and while it now utilizes Proof-of-Work (PoW), it is making the transition to a Proof-of-Stake (PoS) consensus mechanism with “The Merge” upgrade.

While Vita Inu is a much newer project than Ethereum, it does have specific features that make it stand out, such as the feeless transactions, the DAO, and other aspects of the network.

However, Ethereum has established itself as one of the largest blockchain networks due to its smart contract functionality, and easy Ethereum Virtual Machine (EVM) integration for developers, alongside the fact that it is the second-largest cryptocurrency and project in terms of market capitalization.

Ultimately, the decision on which cryptocurrency will pique your interest is based on what you prefer. If you want to get access to a new project that’s still under heavy development and might shine in the future and potentially increase in value dramatically, that has a low-cost and low entry-point associated with it, VINU is a solid choice.

However, if you prefer a well-established and safer option that has stood the test of time, then ETH might be a solid choice as well.

What is ETH block explorer?

An Ethereum (ETH) block explorer is essentially an online tool that will enable you to look out for real-time and historical information surrounding the blockchain, and this includes data surrounding the hash rate, difficulty, block height, wallet addresses, transaction data, balance history tickers list, or anything else that you need.

This is essentially a tool that will enable you with access to detailed analytics surrounding the blockchain network since its first day, specifically when the genesis block got mined originally.

Depending on the type of blockchain, the different block explorers can serve as informational hubs for general purposes. Specifically, in the case of Ethereum, there are thousands of tokens that follow the ERC-20 token standard, and as such, users are provided with the opportunity to find data surrounding them by checking the smart contracts on Ethereum through the usage of a block explorer.

There are numerous advantages to connecting to a blockchain explorer. Specifically, block explorers such as the ones provided by NOWNodes will provide you with the opportunity to monitor the current state of a cryptocurrency network, including:

How to use it

Here is everything you need to know when it comes to using a blockchain node or block explorer.

Visit the official NOWNodes website, and enter your email address in the “email” section, after which you can click on “GET FREE API KEY.”

Make sure to visit the official documentation, where you can find a  list of all of the commands that you can utilize in order to connect.

As an example here, we will be connecting to an Ethereum (ETH) node.

If you want to get information surrounding an address, you can use this command:

If you want to get information surrounding a transaction, you can use this command:

This would be the example output:

Remember that you can easily connect to a blockchain node or block explorer through the utilization of NOWNodes.