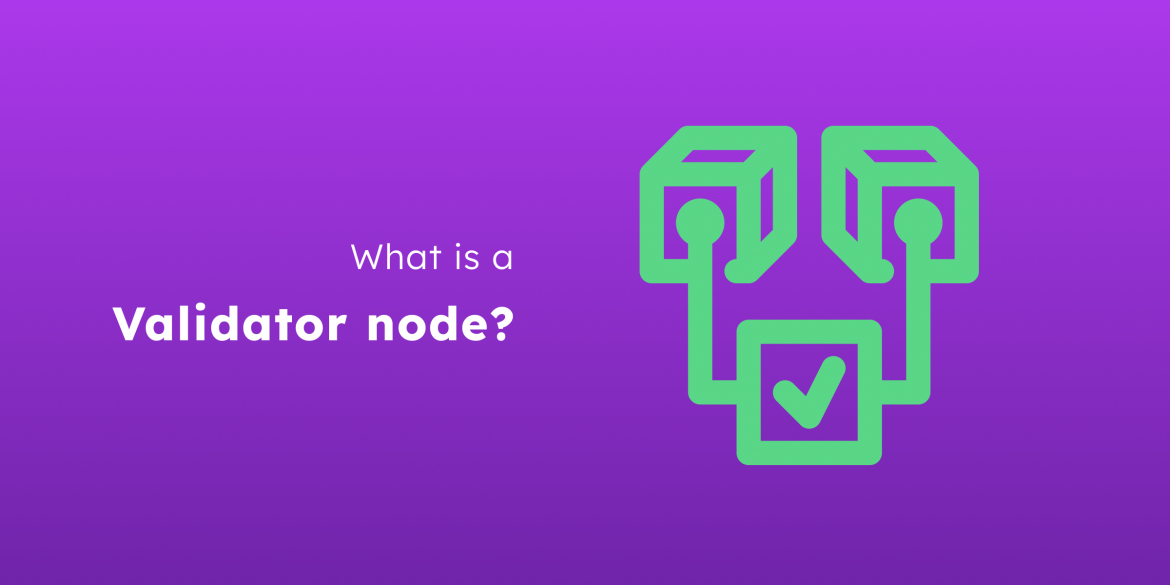 Throughout any blockchain network, nodes play a specific role when it comes to the maintenance and security of the overall network. They can be viewed as these servers that run a blockchain’s software.

Each of these nodes has an identical copy of the ledger, and it is due to this that they can ensure that transactions are valid and can prevent double-spending on top of the network. However, while we do know what nodes are, many people are still on the fence when it comes to an understanding what the node validator options are and how they work.

As such, today, if you are still curious what is a validator node, we will be diving into everything you need to know surrounding validator nodes, their functionality, as well as their utility within the broader blockchain space, alongside how you can get one up and running or just connect to a pre-existing one.

Each validator node keeps a copy of the ledger and constantly communicates with the other nodes in the network as a means of ensuring that all of the copies are consistent as new data gets added. Because the entire ledger is not in control by one entity, however, it is in control by a distributed network of validators; this results in the network requiring less trust than the traditional alternative and makes the network censorship resistant. These are responsible for blockchain validation.

Each of these validators agrees on the state of the ledger through the usage of a consensus algorithm, one that varies within each blockchain. However, to truly understand how validator crypto nodes work, we need to dive a bit deeper into each of the components that they have.

One of the first features that validator nodes have that we have to discuss is known as Execution. Execution refers to the validator node component, one that specializes in the process of coordinating how the block of transactions executes and aims to maintain a transient state.

Another key component and feature surrounding validator nodes that we have to take a look at is known as the Mempool. This is a component responsible for the process of holding an in-memory buffer filled with transactions; however, these transactions, while submitted, have not yet been agreed upon or even executed. This buffer gets replicated between the nodes.

If you have noticed a JSON-RPC service found within a full node, this is a reference to the node’s mempool. It can even perform initial checks on the requests, and this results in the protection of the other parts of the validator node from corrupt or even high-volume inputs.

At the point in time when a transaction gets to pass the initial checks, it is added to the mempool, after which this mempool gets shared with other validator nodes.

Another key component that brings all of this together is known as the Consensus component, where the validator node, through it, shares the responsibility of ordering the blocks filled with transactions and can agree on the result of the Execution through the procedure of participating within the consensus protocol with other validator nodes in the network.

It is important to note that many blockchains have different consensus mechanisms, so the way in which this is achieved differs from network to network. In any case, the consensus mechanism plays a vital role overall and makes up a huge chunk of the node.

If you have read about blockchains as a whole, the chances are high that you have come across the term “Virtual Machine” at one point in time. However, if you did not know what this was all about, well, the virtual machine is the component that gets used to run the Move program, which is included in a submitted transaction. Afterward, it can determine the overall results.

The storage component within the validator node is what gets utilized as a means of reaching an agreement upon blocks of transactions, as well as their execution results.

This network storage makes it a lot easier to support storage needs and ensure that they are high in availability.

Alongside all of the aforementioned features and components that validator nodes have, it is important to note that they also utilize what is referred to as a “state synchronizer.” This state synchronizer essentially allows them to catch up to the latest state that the blockchain network in question resides on, so every node can be as up-to-date as possible.

How to Run a Validator

2. This is followed up by software requirements, where the user in question that wants to set up the validator node will typically be prompted to install a specific operating system, such as Ubuntu (Linux) for example, alongside other prebuilt binaries.

3. Then there are the networking settings that need to be configured. Typically, each validator node will need to be connected to ports in order to be open to the internet for both inbound and outbound connections.

4. This is followed by system tuning, where every single network will typically have its own procedure through which it can complete this goal.

What Is a Validator’s Commission Rate?

This is something that is unique to every single blockchain out there. It is important to note that each blockchain has its own consensus mechanism and, as such, has its own token allocation program.

However, let’s use some blockchains as an example of how much their validators get in terms of commission fees, just so that everyone can have a higher level of understanding as well as a broader perspective as to how all of this would works.

We have gone over everything you need to know regarding what a validator node is, how it works and even what you can expect from essentially running and operating one.

Setting up a node can be a difficult process, but with enough time and dedication, alongside some technical know-how, many companies or people can set it up and reap some of the benefits that come with it.

This is everything you need to know surrounding validator nodes, their components, and their overall functionality.

They play an essential role within any blockchain, and decentralization would not be possible to the same extent without them, and as such, they need to be incentivized in some way for their operation.