Transactions on blockchain protocols and cryptocurrency exchanges are always vulnerable to hacks and attacks. Since 2011, several incidents of cyber attacks have repeatedly shaken up the world of cryptocurrency. Exchanges were shut down; hundreds of thousands of dollars were lost.

In 2015 Bitstamp, a popular Bitcoin exchange lost $5 million to cyber attacks. When the crypto world was getting over the shock, another cyberattack happened in 2016. A leading Bitcoin exchange named Bitfinex lost $77 million in a cyberattack in 2016. As a reaction to the increasing number of hacks and attacks, several blockchain analysis companies were founded. These companies are also known as Blockchain forensics firms.

The blockchain forensics companies monitor blockchain transactions. They also keep a check on the addresses used to complete these transactions. As and when these companies find any hint of fraud, they take appropriate measures in real-time. The measures include sending alerts, freezing deposits of dubious addresses, and stopping transfers to these accounts. The blockchain analysis companies also gather intelligence continuously. They help to prepare industry benchmarks and measure a specific entity’s performance against those benchmarks.

Elliptic is one of the earliest blockchain analysis companies. It came into the scene in 2013. Adam Joyce, James Smith, and Tom Robinson are the founders of this company. The headquarter of Elliptic is in London, UK. The company has raised $40 million in funding from 14 investors to date.

The primary aim of the company is to make the world of cryptocurrency free from hackers and cyber attackers. According to Elliptic, solving the problem of anonymity or false identities would help a lot in eradicating most of the fraudulent activities.

As specific services offered, Elliptic empowers investigators. It provides proof that can be audited as per the anti-money laundering regulations. It also provides actionable intelligence on transactions and businesses.

Elliptic works with reputed crypto exchanges, such as Binance. It has also been a partner of Coinbase in the compliance space since 2015. Recently, Elliptic partnered with Fireblocks to automate the security and compliance protocols in the crypto world.

Chainalysis was founded in the year 2014. To date, the company has raised more than $66 million in funding. The company is headquartered in the Greater New York Area. Jan Moller, Jonathan Levin, and Michael Gronager are the three founders of the company.

Chainalysis Reactor is a software. This software helps to find out addresses linked to transactions. Its built-in search engine can scan through thousands of social media forums and darknet sites. The Reactor also helps to follow the money trail. Additionally, its features support the investigators to prepare their reports efficiently. The Chainalysis Kryptos is more focussed on the industry. It helps to prepare profiles of businesses. It also facilitates benchmarking with industry data. The product also helps to monitor crypto services and potentially fraudulent transactions.

Chainanalysis covers the entire spectrum of services that a blockchain analysis company should offer. The company serves more than 350 companies across 45 countries.

CipherTrace is in operations since 2015. Dave Jevans, Shannon Holland, and Stephen Ryan are the founders of CipherTrace. The headquarter of the company is located in California, United States. The company has raised $18 million in funding to date from four investors.

As claimed by the company, the crypto intelligence and crypto forensics framework developed by the company is the result of its extensive research done over the years covering more than 800 currencies. The company works with banks, exchanges, and government authorities as its clients.

CipherTrace offers multiple solutions and services to a diverse range of industries. It provides risk mitigation services to banks. For crypto exchanges and funds, its solutions focus on preventing money laundering. Advanced tools and features of CipherTrace help in research, and law enforcement. For financial institutions, CipherTrace offers crypto risk mitigation benefits. For government authorities and audit boards, the efforts of CipherTrace are focussed on monitoring the compliance level of different stakeholders.

One unique aspect of CipherTrace is that it also offers knowledge transfer services. Its certified examiner training empowers auditors, investigators, and researchers. They get hands-on training in fund-tracing, transaction monitoring, and identity tracking.

Bitfury Group is a blockchain technology company. The company started its operations in 2018. Within 2 years, the company has raised $170 million in funding. The company develops both hardware and software products. Their products are used by exchanges, businesses, regulatory bodies, government authorities, and individuals.

Crystal is a specific tool from the house of Bitfury that helps to get a holistic view of any public blockchain ecosystem. The tool has explored more than 550 exchanges to date. It monitors more than 4,000 addresses and transactions each day. The tool is used by more than 100 clients spread across more than 70 countries in the world.

Different industries use Crystal for different purposes. It helps to follow best practices and carry out due diligence. It helps to track transactions and analyze them. It offers specialized tools to its banking clients that help to thwart money laundering efforts. Crystal also caters to government authorities. They empower government agencies with tools and features that help to monitor compliance.

Scorechain entered the market in 2015. Pierre Gerard is the founder of the company. The headquarters of Scorechain is located in Luxembourg. The company capitalizes on big data to bring accountability and transparency in the world of Cryptocurrency.

The solutions offered by the company caters to both crypto businesses and financial institutions. It covers the wide spectrum of crypto businesses including exchanges, wallets, brokers, custodians, and ICO/STO companies.

Using Scorechain, one can easily reach the origin of funds. It also helps to prevent money laundering by tracking incoming and outgoing funds on a non-stop basis. As call-to-action features, Scorechain provides regular reports on the key risk indicators and flags potential threats in real-time. The reports served by Scorchain can be read in user-friendly PDF or XLS formats. Integrating Scorechain in a company’s risk monitoring system is easy and user friendly. The integration is seamless. The user interface is graphical and easy to understand. Scorechain also provides training on how to use the features and tools to their fullest benefit.

One important feature of Scorechain is that it charges no additional entry fees. The pricing is based on the activity volume. This makes spending predictable for users. Scorechain also supports users to develop custom features according to their needs.

Several reputed blockchain companies use the services of Scorechain. The client list of the company includes the likes of Konomi, Taurus, Altcoinomy, CEX, and Coinhouse.

Before opting for a specific company, the client should consider the versatility of the services. Only providing intelligence is not enough. The intelligence should be actionable. The analysis should also be done in a way that helps to predict future frauds. The analysis should also include aspects that help to improve and secure the existing framework with each passing day.

What Are the Top 5 Blockchains?

Who Are the Top Blockchain Developers?

With the increase in popularity surrounding the cryptocurrency industry, there are a plethora of developers currently out there who are essentially making the best use-cases out of the technology. The best blockchain development companies currently available are Zfort Group, Labrys, Intellectsoft, OTR, and MLG Blockchain. Note that there are many others as well.

Who Is the Leader in Blockchain Technology? 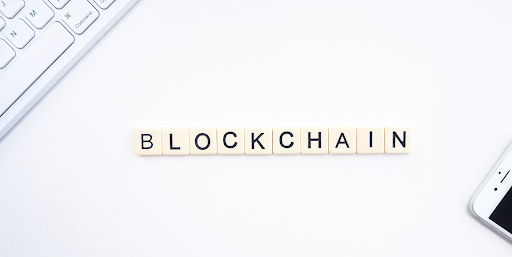 What Is the Largest Blockchain Company?

Can I Invest in Blockchain?

You can easily invest in blockchain technology in numerous ways. For one, you can invest in a cryptocurrency token directly developed by a blockchain company. You can also buy stocks in a company if that is available. Additionally, you can also run a blockchain node, where you would see a return on your investment on an annual level as well.