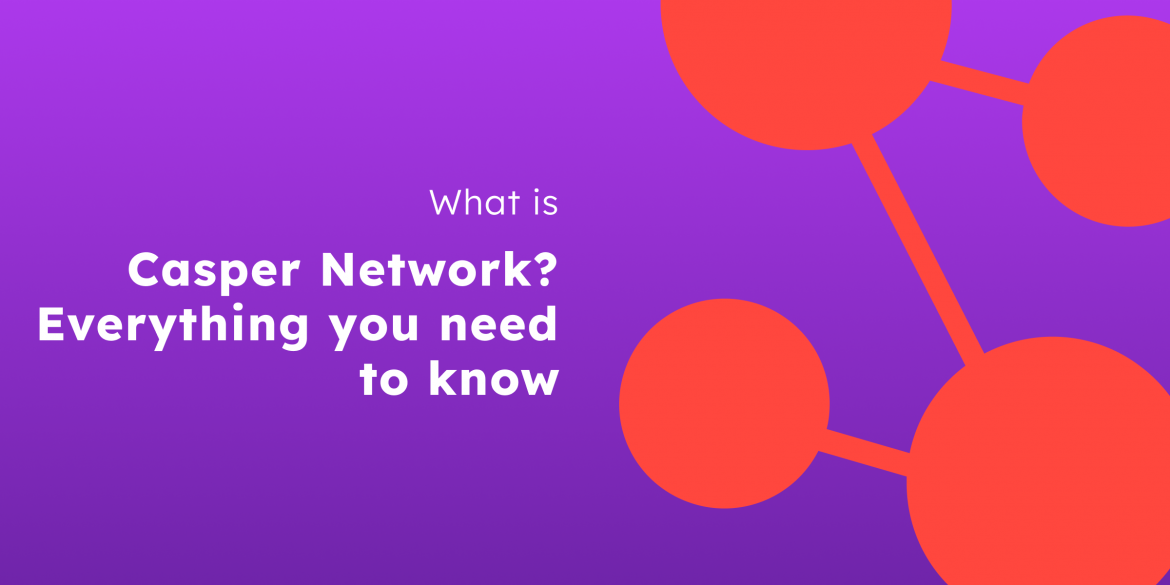 Blockchain technology has proven to be one of the most prominent technologies being adapted to the mainstream, which has the potential to essentially disrupt every field and has more possibilities than ever before due to its exponential growth and development.

What is Casper Network?

Casper Network was developed by CasperLabs and is backed by the CSPR cryptocurrency.

It is a Turing-complete smart contracts platform that is backed by a Proof-of-Stake (PoS) consensus algorithm as well as WebAssembly (Wasm). This is a network that is fully permissionless, decentralized, and public.

Its consensus protocol is dubbed “Highway” and has numerous benefits when compared to the competing protocols.

Highway allows networks to reach higher thresholds when it comes to finality, and the protocol has a high level of flexibility due to the fact that it expresses block finality in ways not possible in the BFT model, for example. This is a protocol that was built on the correct-by-construction (CBC) Casper research.

CasperLabs is the organization that is responsible for the development as well as the launch of the Casper Network. The team at CasperLabs features everything, from builders and developers to entrepreneurs, all of which are people dedicated to the evolution of blockchain technology.

The Casper Network was originally launched on March 30, 2021, which made it the first blockchain to be built off the Casper CBC specification.

CasperLabs did a year-long research task to work upon the formal proofs for the Highway Protocol, which is an exclusive consensus protocol within the Casper network that provides it with numerous benefits. Casper Network serves as a Touring-complete smart contracts solution today.

How to connect to Casper Network

If you are interested in building a decentralized application (dApp) or deploying a smart contract on top of the Casper Network, you will need to connect to a blockchain node or a block explorer in order to get all of the relevant blockchain data.

The best way through which you can do this is through the utilization of the blockchain-as-a-service provider NOWNodes. Here is everything that you need to do, step-by-step.

Navigate to the NOWNodes website, after which you can enter your email address and click on “GET FREE API KEY!”

You can navigate to the official NOWNodes documentation, after which you can utilize the proper commands to connect to the node or block explorer you are interested in.

Through a blockchain node or block explorer, you can get access to data surrounding the hash rate, difficulty, block height, wallet addresses, transaction data, balance history tickers list, and much more, so make sure you record all of the required data you need for your development process.

We have gone over just about everything you need to know surrounding the Casper Network and its native cryptocurrency.

The Casper Network gives validators the power to reach consensus, secure, and even validate the transactions across all of the embedded platforms.

Remember that you can utilize NOWNodes as a means of connecting to any of the supported blockchains and getting all of the data you need.