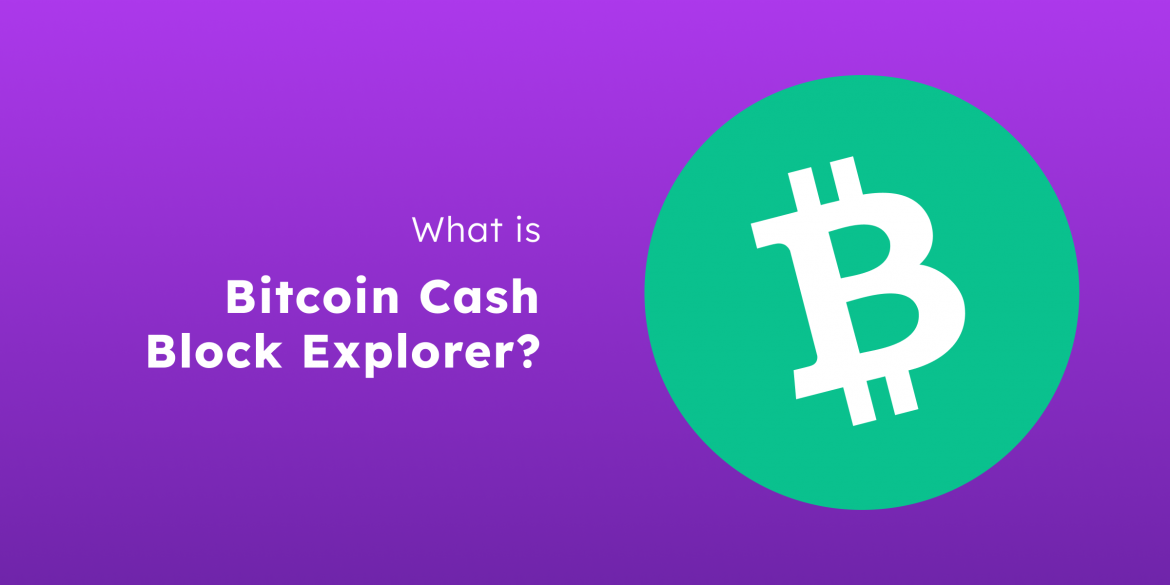 Bitcoin Cash essentially increased the size of the blocks which can be mined and added to the blockchain, which in turn resulted in better transaction processing and improved scalability.

Today, we are going to go over everything you need to know about the Bitcoin Cash block explorer and how you can use it.

So what is a BCH block explorer?

A BCH block explorer is short for a Bitcoin Cash block explorer, which is a tool that aims to provide any user that is interested in using its access to the blockchain data.

Through the usage of a block explorer, each user can get access to data, including the hashrate, difficulty, block height, wallet addresses, transaction data, balance history tickers list, or anything else that you need.

How does a Bitcoin Cash block explorer work?

A Bitcoin Cash block explorer works similarly to how a search engine works. You would essentially look up specific data and get the search results showcased in a table.

In some cases, blockchain explorers will give you access to a history of the public addresses of the blockchain network, where you can figure out what they have received and their account balances.

Some might even go the extra distance and provide you with access to information on the biggest transactions of the day.

Cryptocurrency miners can use this data to check if they have successfully mined a transaction. Bitcoin Cash, being a fork of Bitcoin, uses Proof-of-Work (PoW) as a consensus mechanism, which means that users can use computing power to verify transactions.

Once they verify a transaction, it gets added to the blockchain, and through a block explorer, they can verify that this indeed occurred.

However, traders can also leverage the benefits of a blockchain explorer, as they can check if a transaction has gone through or go over the congestion of the network to potentially avoid high gas fees.

How to use a block explorer?

If you want to use a block explorer, all you really have to do is find a way through which you can access it, such as using a blockchain-as-a-service provider like NOWNodes.

Specifically, you can use these services to view the public history of all of the addresses, and figure out how much they have received, their account balance, and the address of the sender and recipient.

At the point in time when you open a block explorer, you will be showcased a table that will provide you with information such as general stats and backend information.

If you want to make a request through the usage of a blockchain explorer, remember that this is a process that will differ based on the specific program or provider you are using.

For this specific guide, we will be utilizing the power of NOWNodes, but remember that you also have other options available as well.

For example, if you want to get access to blockchain info, you can use this command:

And this is what an example result would look like:

You can also get information about all of the known tips in the block tree, which includes the main chain as well as the orphaned branches, by using this command:

And this is what an example response would look like:

Go to the official documentation here to find a complete list of all of the commands that you can use to connect to Bitcoin Cash (BCH).

NOWNodes is a service that will provide you with access to a variety of different block explorers, one of which is the Bitcoin Cash block explorer.

Within this explorer specifically, you will be able to find information relating to the last block, last block update, transactions in mempool, size on the disk, and the overall difficulty.

You can see BCH block explorer here if you are curious about getting the most up-to-date blockchain data.

Hopefully, now you have a higher level of understanding when it comes to using a Bitcoin Cash (BCH) block explorer.

If you are curious about utilizing the power of BCH and getting a lot more in-depth information in regards to the network, and overall transactions, then by using NOWNodes, you can get consistent access to this data at any point in time when you need it.

If you are a cryptocurrency miner or a trader, you can leverage this information and have an advantage in either case by simply connecting to a BCH block explorer.