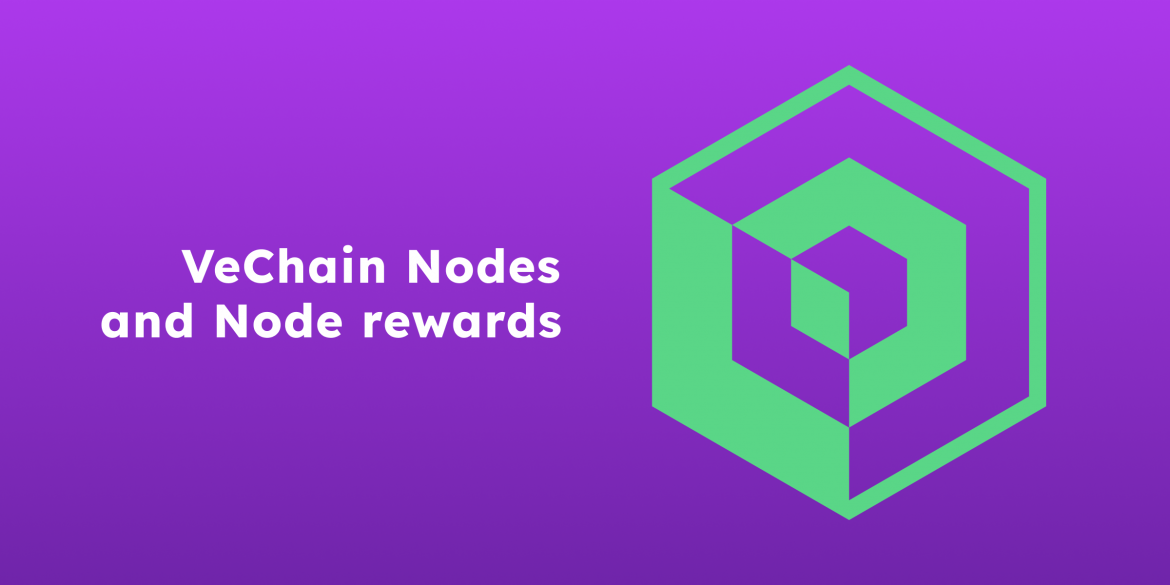 It is recommended for anyone that wants to run a VeChain node to first understand what VeChain is and how it works.

We will be going over everything you need to know about the VeChain node and discussing what kind of rewards you can get, so let’s dive in.

What is VeChain Blockchain?

VeChain is a blockchain network that was originally developed as and intended to be an enterprise-level blockchain platform. Its main purpose and the reason it was developed was to provide a full view of an organization by disintermediating information from what is known as data silos.

The blockchain runs through the operation of incentivizing a network of computers to operate it and, in turn, can enable the launch of decentralized applications (dApps) on top of it.

Throughout its time on the market, the blockchain had evolved and rebranded to VeChain Thor when the protocol launched its own mainnet in 2018.

This resulted in an increase in its overall scope, where dApps could get developed to provide more general solutions to issues of data management. VeChain Thor is powered by a consensus mechanism called Proof-of-Authority (PoA) and is powered by the usage of the VET token.

VET is the native cryptocurrency token of VeChain and can be used as a token that’s held, spent, sent, or staked.

VeChain utilizes a two-token system. There is the VeChain Token (VET), a token used to store value and as a smart payment currency, and the Thor Power (VTHO) token, which is required to interact with the blockchain for specific operations. This includes the execution of smart contracts, for example.

There are a total of two categories of nodes, each one having its own rewards.

First, there are the Authority nodes. These are used to validate all of the transactions that occur on top of the blockchain and have the highest requirements. They provide access to big benefits, as there can only be 101 authority nodes. They are selected and rated by the VeChain foundation. A minimum of 25 million VET is required to be able to apply to be such a node, but they have the highest VTO production rates and voting rights, which are the main rewards of this node.

Second, there are the Economic nodes. These are not intended to validate blockchain transactions. However, they do offer stability within the ecosystem and provide numerous benefits. 1 million VET tokens are required in order for someone to get access to the smallest nodes, but they have no hardware requirements. All a user does is place their VET into a traceable wallet, and they get the rewards of upgrading to a node. Users can also get a controllable transaction lifecycle, multi-task transaction (MTT), free delegation, and transaction dependency.

How to Run VeChain Nodes

When payments are made in the form of VTHO, 70% of that payment is taken out of circulation and token-burned, while 30% gets rewarded to the master nodes on the VeChain network.

If you want to run VeChain nodes, here is everything that you need to know, step-by-step.

First, Docker needs to be installed in order to get things started. To do so, pull the docker image with the following command:

Then, you will need to start an inactive shell by Docker with the following code:

Then, you can export the master key in the shell:

Enter your password, after which it is recommended that you check the generated file, and finally, you can exist.

Then, you can import the master key with the following command:

Then, you can check the master key with this command:

You should be able to see the Master Key printed out.

Then, you can start the Authority masternode with the following command:

You can then run the node in Docker by typing this:

Remember to add the –api-addr 0.0.0.0:8669 flag if you want other containers and hosts to have access to the RESTful API. Thorbinds to localhost by default; this means that it cannot accept requests outside of the container without the flag.

Remember that you can always connect to a pre-existing VeChain node through the utilization of the blockchain-as-a-service provider NOWNodes.

All you have to do is enter your email address on the official homepage and click on “GET FREE API KEY.”

Through NOWNodes, you can connect to a node in less than a second, and that node has an uptime of 99.95%. You can then get access to information such as hashrate, difficulty, block height, wallet addresses, transaction data, balance history tickers list, or anything else that you need.