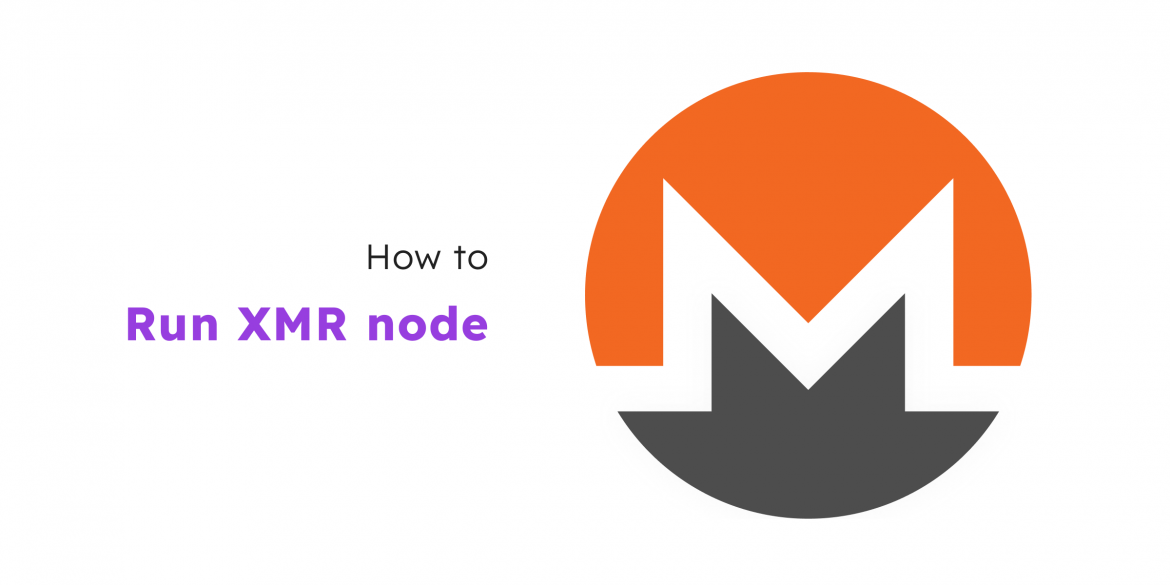 Monero (XMR) is a cryptocurrency that was specifically developed to facilitate the process of private transactions.

In other words, it is an open-source project that has a large community of contributors, and it is unique in the way through which it manages to keep wallets and transactions anonymous throughout the entirety of the network.

The project was originally launched in 2014 and, since then, has gathered quite the reputation due to its focus on security, privacy, and decentralization.

As such, today, we are going to go over everything you need to know when it comes to running your own Monero nodes, so let’s dive in.

What is Monero Node?

A Monero (XMR) node is a peer-to-peer (P2P) program that keeps the blockchain network synchronized with the network at large.

You can think of a Monero node as a device on the internet that runs the Monero software. This features a full copy of the Monero blockchain and is actively assisting the overall Monero Network.

A node that is not running on a local machine is known as a remote node, and remote nodes can be private if they are for personal use or open if they are accessible by other people.

Nodes are intended to participate within the Monero network and to secure the transactions through the procedure of enforcing the rules within the network.

They can download the entire blockchain to know what transactions have taken place. Furthermore, they can even contribute to the network by participating in the procedure of creating blocks, otherwise known as mining.

This means that through the utilization of a Monero node, you can get access to block height, transaction status, wallet balances, and similar types of information.

When it comes to the advantage of running Monero node, are numerous advantages that a Monero Node can bring to the users that turn them, including:

If you are curious about how you can set up and run your very own Monero node, here is everything that you need to know, step-by-step. These are just some of the benefits of hosting Monero node.

How to Set Up Monero Node

By running a Monero node, you will be able to independently send, receive and verify transactions whilst also maintaining the highest level of privacy and security. As such, here is everything that you need to know.

This is the full public node with port 18089, a restricted PRC port.

Then you have to set up the service accounts:

Then, you need to create some folders the service needs and set their ownership:

To do this, type in the following command:

Then, you will need to verify the download hash signature.

Note that a match appears, and this confirms that the file is valid.

Then, you need to extract tar and copy it to /usr/local/bin

Then you will need to clean up the files. To do so, enter the following command:

You will need to add this code in the file:

Then, you can create a monerod.service systemd unit file, and type the following code to it:

Then you can move the file to /etc/systemd/system/monerod.service

All that is left for you to do is restart monerod in order for this config change to be in effect.

You can easily check the systemd service with the following command:

And that’s it; you are now done.

Remember that you can also connect to a Monero (XMR) node through the utilization of the blockchain-as-a-service provider known as NOWnodes.

In this case, all that is required for you to do is to navigate to the official NOWNodes website, after which you can enter your email address and click on “GET FREE API KEY.”

Then, you can use simple commands to connect to the node and get all and any of the data that you require from it with ease. You can find a full list of the commands for the Monero node on the official NOWNodes documentation page.

Hopefully, now you have a higher level of understanding when it comes to manually run a Monero (XMR) node, as well as regarding all of the various advantages you get by simply doing so. If the process seems a bit intimidating for you at first, remember that you can always connect to a pre-configured node with NOWNodes. All of the nodes are maintained 24/7, have an uptime of 99.95%, and you can connect to them in less than a second.

Through a Monero node, you can get access to all of the advantages that are offered by it and can secure the network, get access to a high level of privacy, and be a part of the overall ecosystem.